A complete artwork on the Rhine - Niederwald Monument (Part 3)

In the second half of the 18th century, Count Johann Friedrich Karl Maximilian von Ostein shaped the Niederwald Landscape Park with a number of stone, and later wooden, buildings. Designed in the English style, he wanted to use the site for hunting, but also as a place of retreat, as evidenced by the remains of a hermitage. The count also liked to invite guests here and welcomed to the Niederwald, amongst others, Brentano, Goethe and Beethoven. The park was only open to the public on specific days.
Today, visitors can explore special scenic vantage points in the Niederwald on an approximately 30-minute signposted path from Germania. These include the Knights' Hall, which, as a "forest balcony", affords a magnificent view of the Loreley Valley and Assmannshausen, and the artificial Rossel ruin on the Niederwald Forest’s highest elevation. From here, you can see the confluence of the Nahe and Rhine rivers - the so-called Binger Loch - home to Ehrenfels Castle ruins and the Mäuseturm.
The Magic Cave, a walled passageway some 60 metres long, dating back to 1790, still bears witness to the romanticism that characterised the Count of Ostein’s landscape garden. Lined with glittering glass stones, it leads to the rotunda of the mirrored Magic Hut past a magician erected during the Count's lifetime, to a narrow viewing aisle that opens out of the darkness to a view of the glorious Rhine. 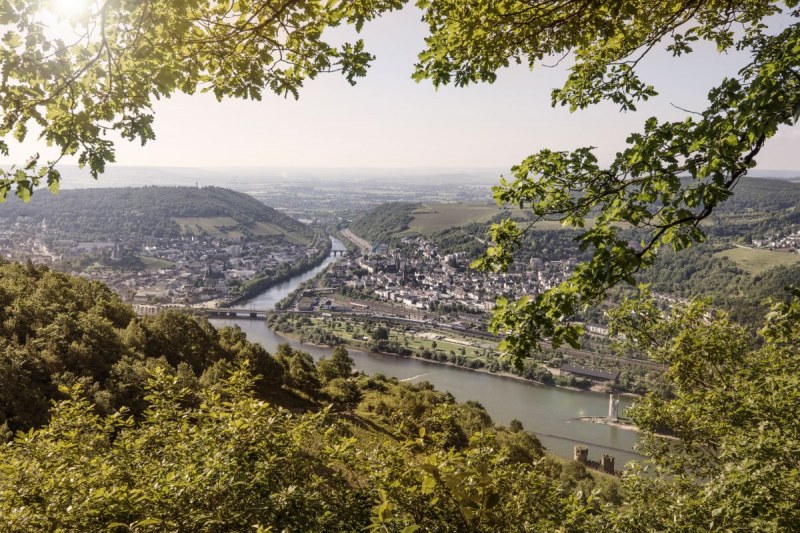 To leave the Niederwald and its sights, visitors can either choose the cable car to Rüdesheim or go by foot along the sand path down into the valley, to "Father Rhine".

Previous article in the series:
A complete artwork on the Rhine - Niederwald Monument, Rüdesheim (Part 2) 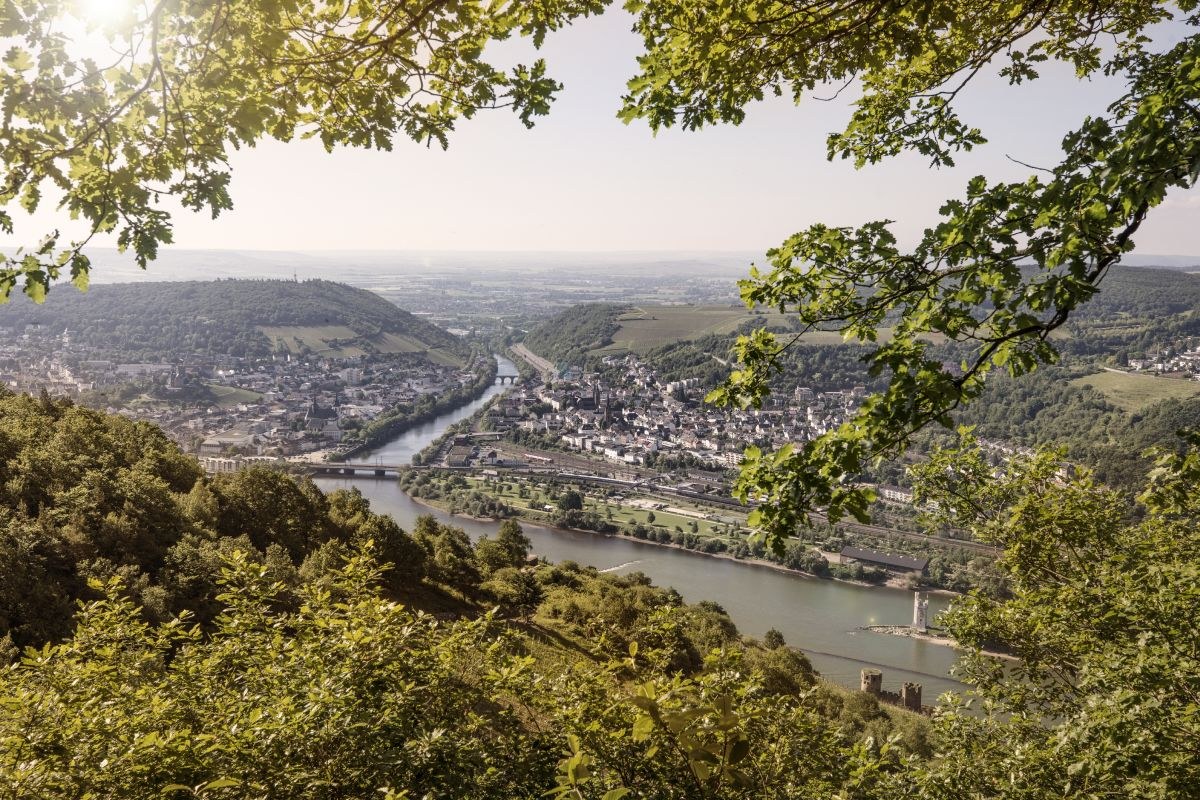 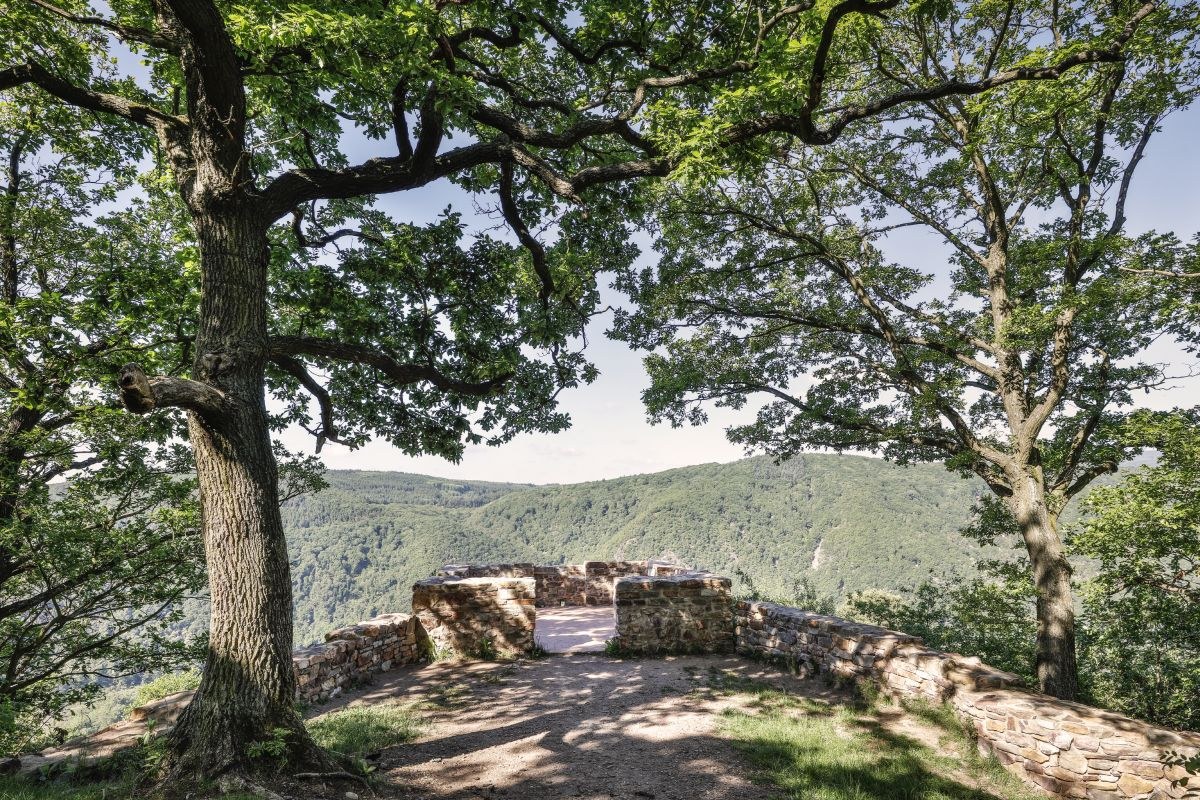 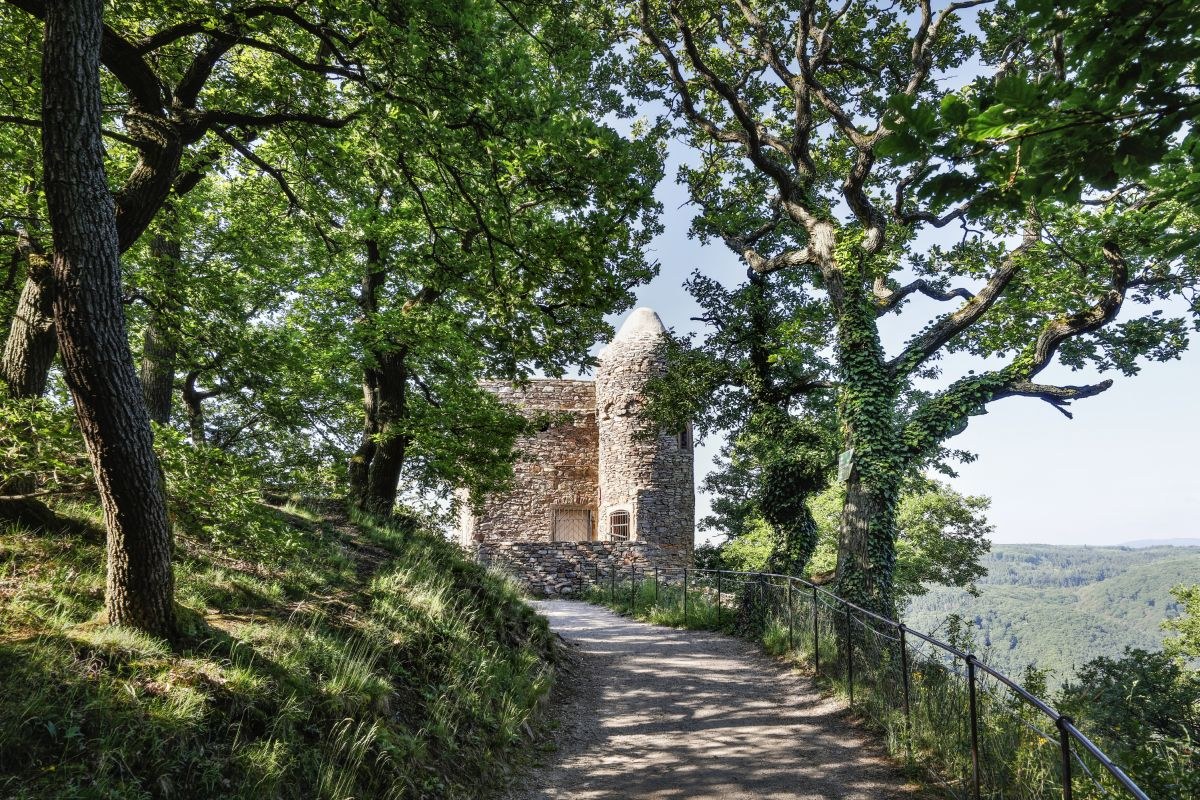 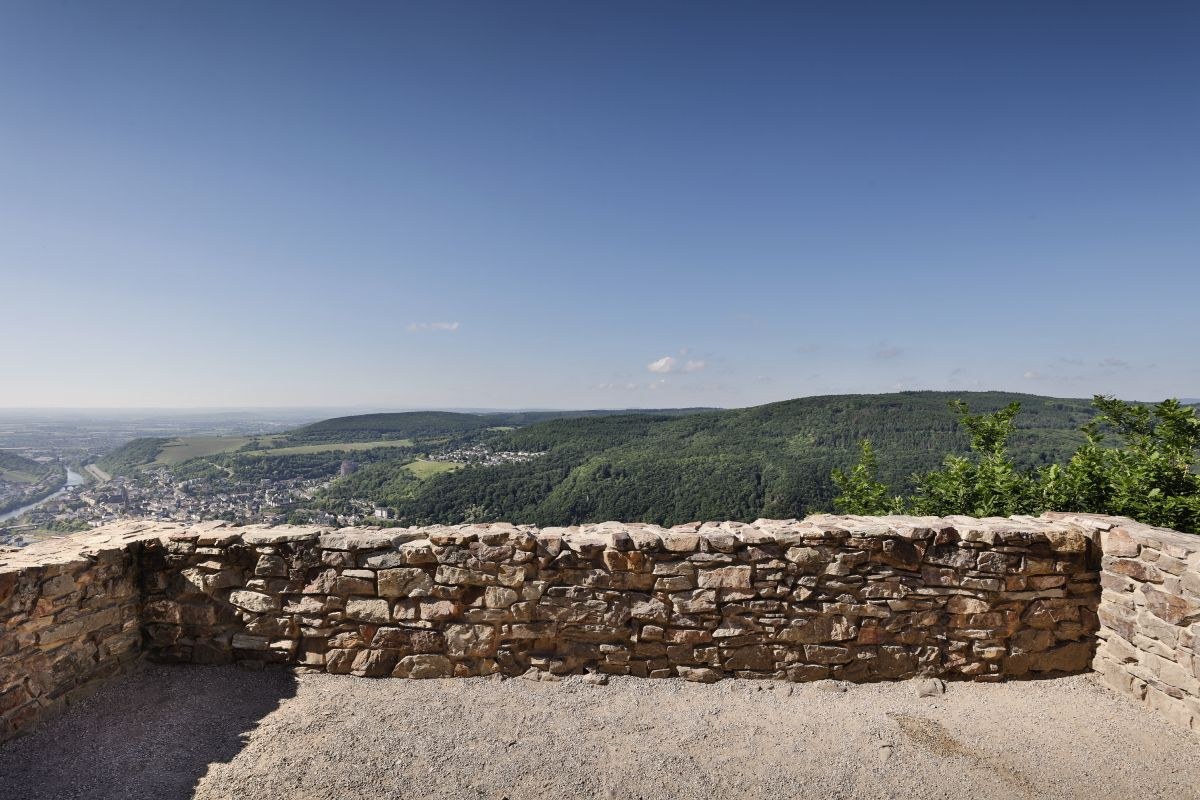 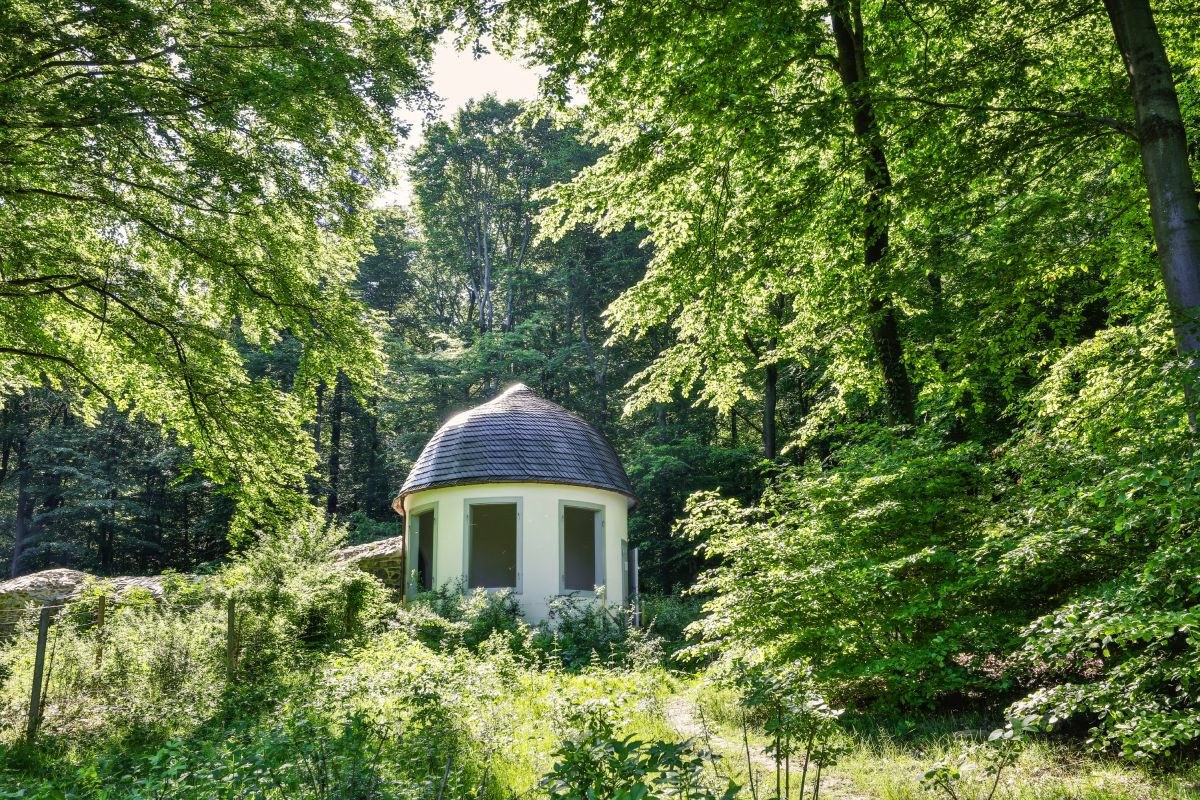 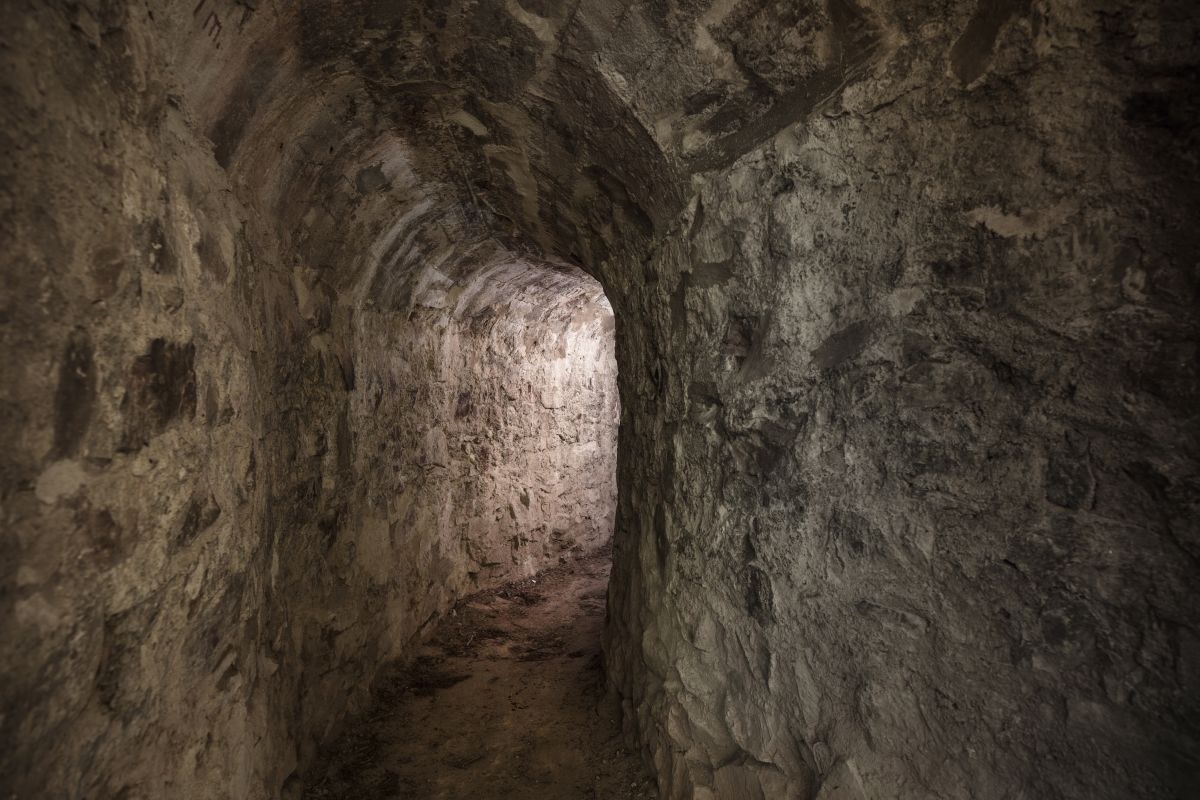