A piece of Greece in the Rheingau

A complete artwork on the Rhine - Niederwald Monument, Rüdesheim (Part 1)

In the late summer of 1814, Johann Wolfgang von Goethe admired the “uniquely magnificent beauty of the Rheingau” from the monopteros in the Niederwald forest. At the time, the circular Greek temple stood in the middle of the landscape park created by Count von Ostein. The original building was destroyed in 1944, but it was rebuilt at the beginning of the 21st century, so visitors can enjoy the view across the Middle Rhine Valley from the monopteros again today. The area has been a UNESCO World Heritage Site since 2002, its unique combination of nature and culture considered particularly worthy of protection. 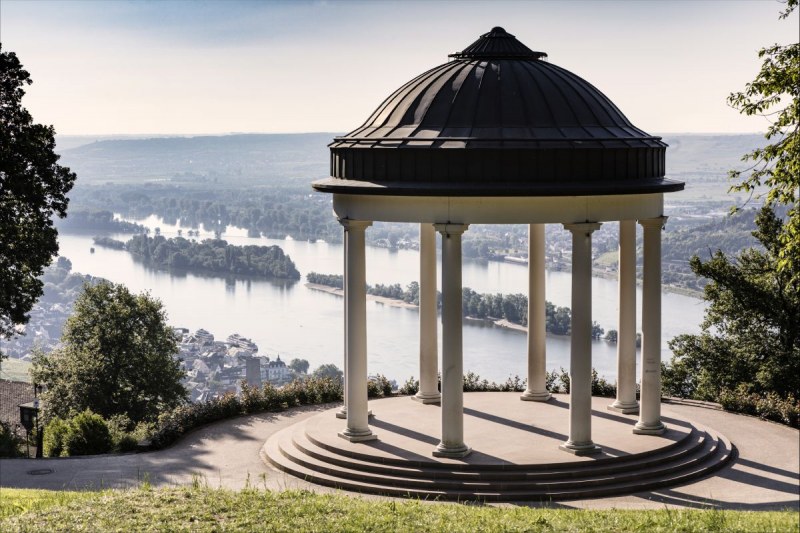 Not far from the monopteros, the enormous Germania looks out towards France. Twelve and a half metres high and weighing 32 tonnes, she towers from the top plinth of the Niederwald Monument. The model for the imposing figure, which is intended to commemorate the Franco-Prussian War and the unification of the Reich, was Clara Schilling, daughter of sculptor Johannes Schilling. The bronze statue holds an imperial crown in her right hand, and her left rests on the pommel of her resting sword, which, as a symbol of victory, is entwined with laurel. Germania's robes are also rich with symbols: eagles, stags, ravens and dragons are evocative of old legends, and the imperial eagle is the symbol of the German Empire. At Germania's feet is written, "In memory of the unanimous victorious uprising of the German people and the reestablishment of the German Empire from 1870-87".

The idea of erecting a monument to the union of the previously loose alliance of independent principalities came about in 1870. It was quickly agreed that it should stand on the Rhine because the river played a central role in German history and culture - not least as the border to France, which had ruled on the opposite bank of the Rhine. The decision was made to locate the monument in the Niederwald Forest near Rüdesheim, some 80 metres above the river.

Next article in the series:
A complete artwork on the Rhine - Niederwald Monument, Rüdesheim (Part 2) 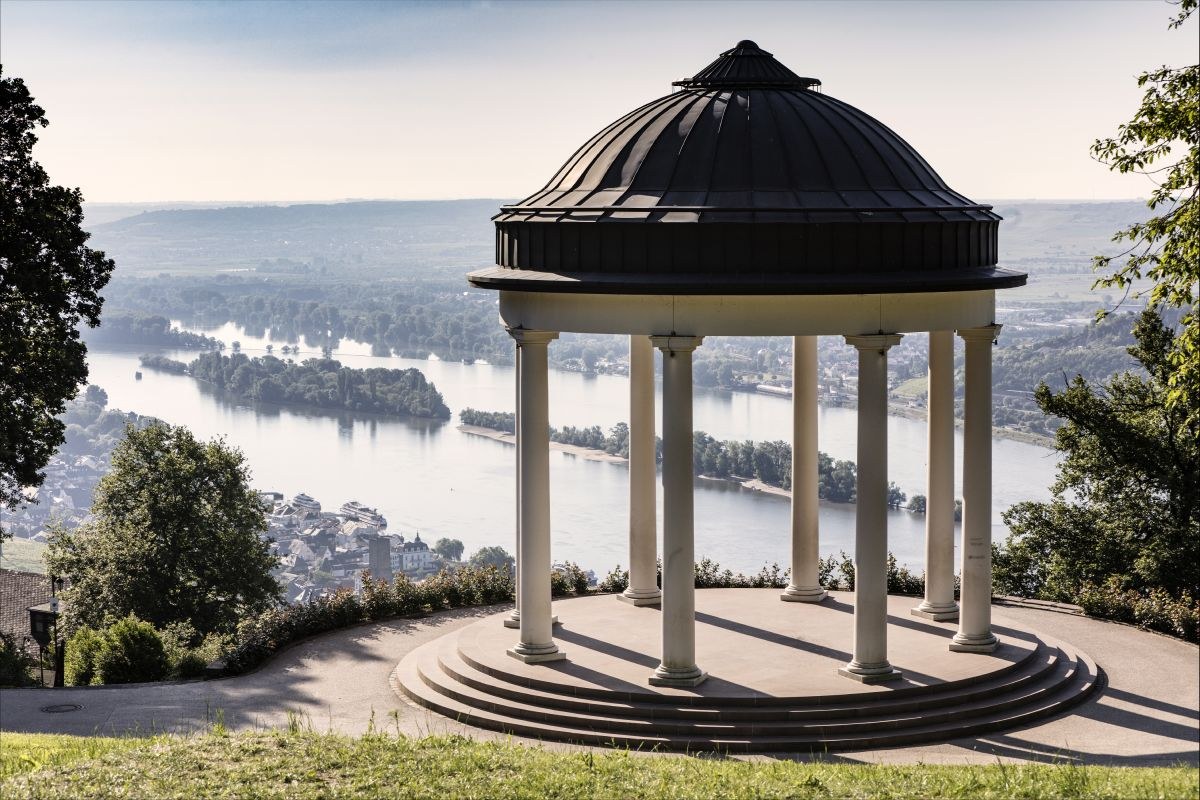 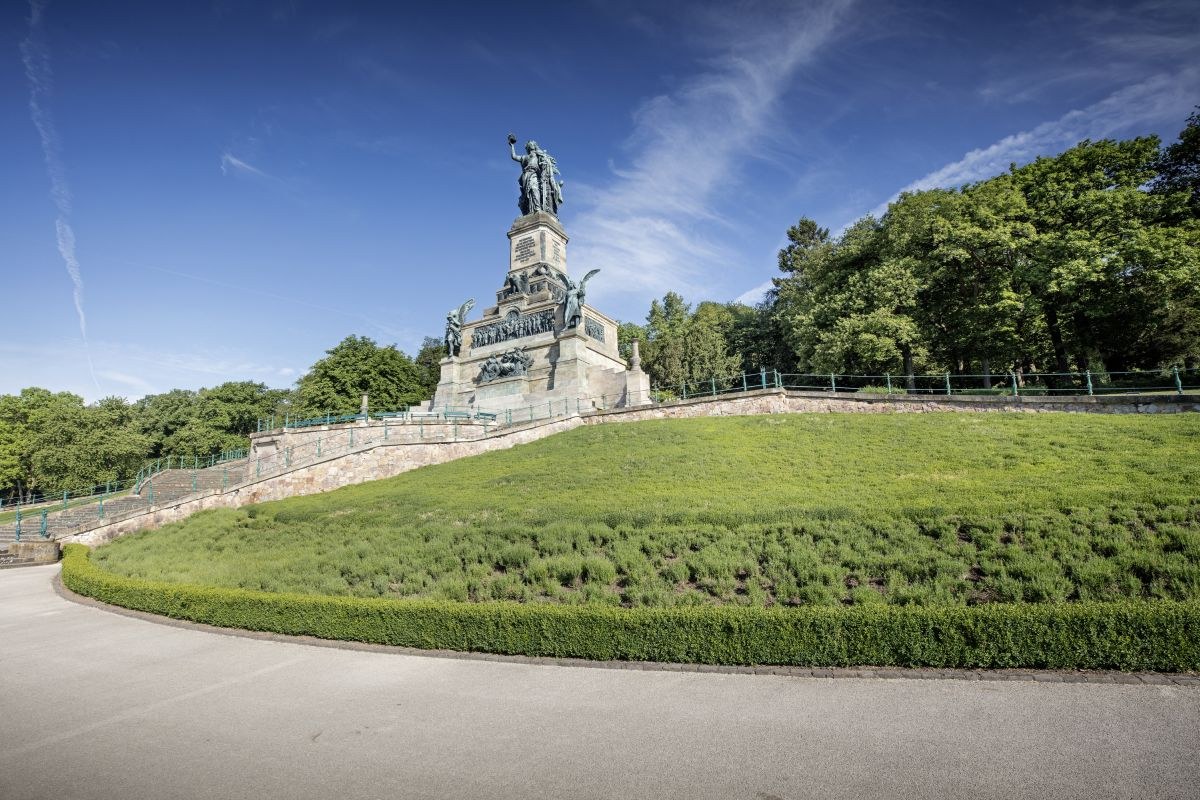 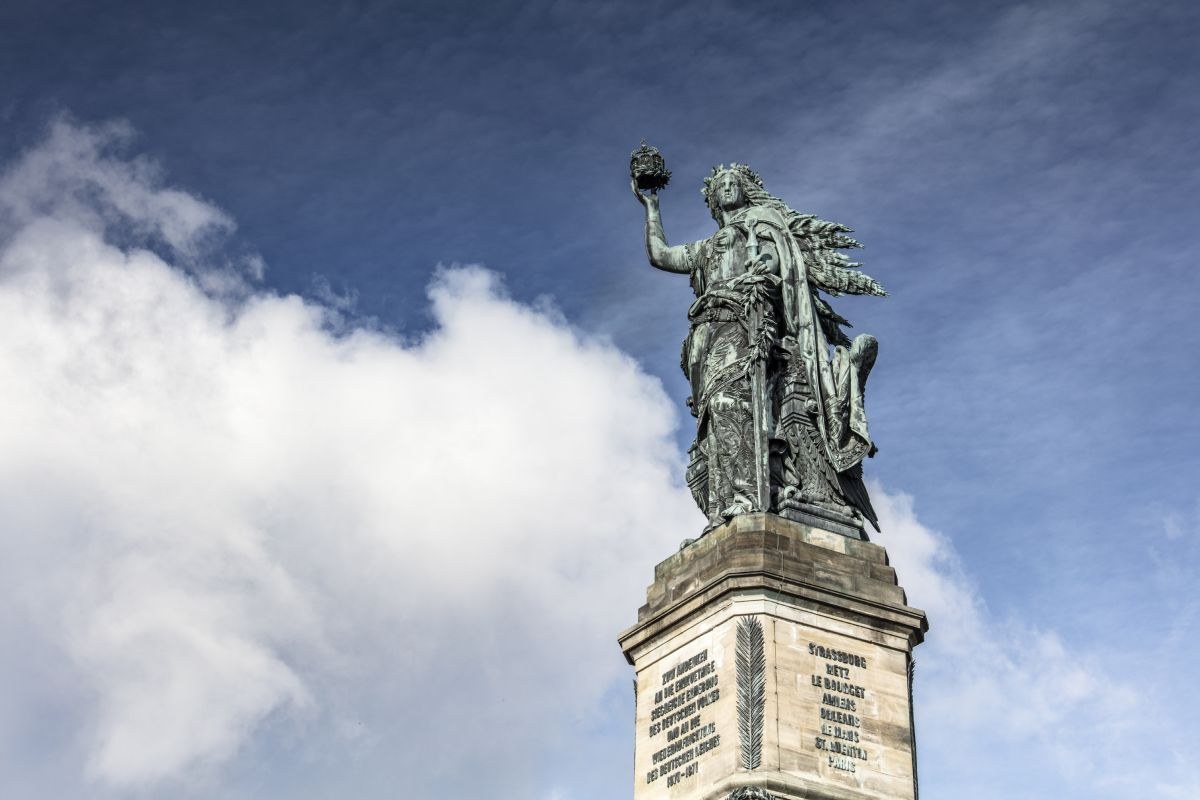 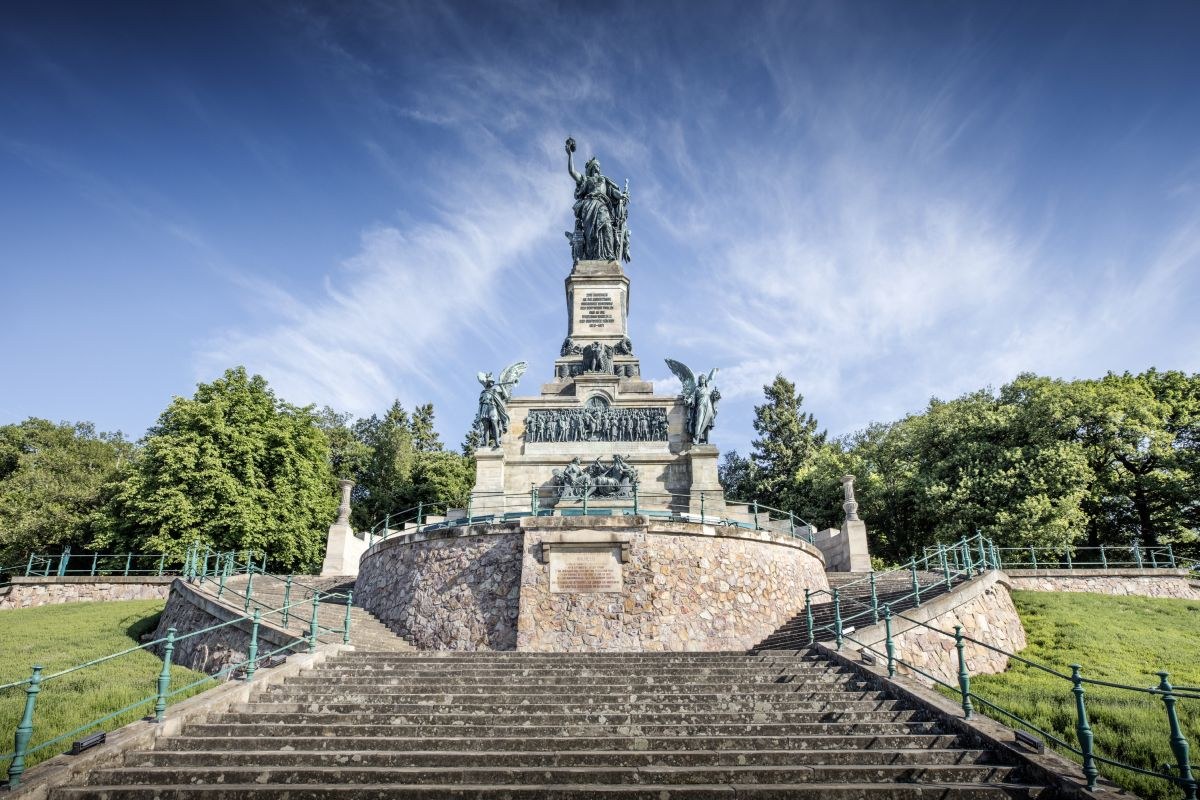 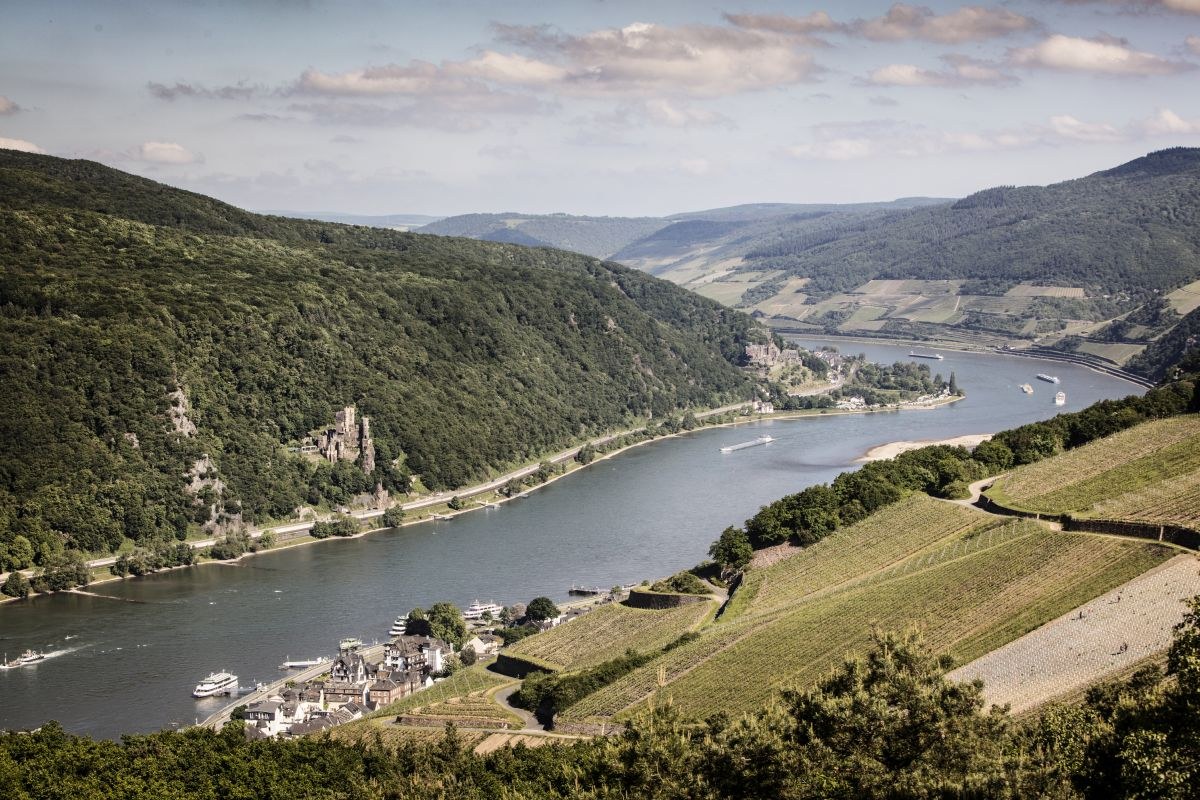