Each season reveals its own character

A garden based on a historical model - Seligenstadt Monastery (Part 2)

The monks grew a variety of medicinal plants close to the apothecary. Today, the planning, cultivation and care of the historical garden is in the hands of men and women such as Sven Meißner. The ornamental plant gardener has worked at the monastery since 2001 and is deeply connected to the place: "The garden is a feast for the eyes, and has a different character each season." 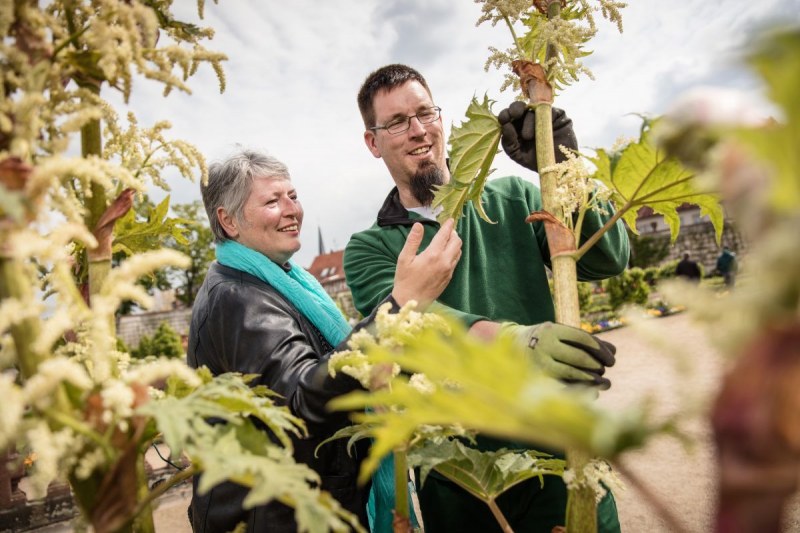 Combining the beautiful with the useful was one of the guiding principles of the Benedictines. It can be seen again today in the abbey’s monastery garden, which stretches from the apothecary garden towards the east and therefore gets as much sun as is possible. The grounds are surrounded by a 700-metre-long monastery wall that shields both people and plants from the wind and cold. The short side of the wall borders the River Main to the north.

Lüft and Meißner inspect an abundant rhubarb plant. About a third of the abbey served the Benedictines as kitchen and ornamental gardens where vegetables and herbs were cultivated for supplying the monastery household. From 1685, under Abbot Francis I, two dozen monks and around 70 servants lived there. In addition, there were travelling guests and regular meals for the poor. It was only thanks to external estates for their agriculture and livestock farming that there was enough for the monks' own needs. The monastery garden increasingly took on the character of a laboratory, where the monks experimented with the optimal conditions for a good harvest.

After the Second World War, the state of Hessen and its Administration for the State Palaces and Gardens took over the entire complex and laid out eight areas, initially, as lawns. This corresponded to the division that had resulted from the Thirty Years' War, which had also wreaked havoc on monastic life. In the 1960s, court gardeners began to reconstruct the grounds according to the original model. A copperplate engraving by Johann Stridbeck from 1712, which depicts the monastery in great detail, served as a template for the reconstruction. Four of the compartments now serve as kitchen and ornamental gardens again. Vegetables such as carrots, leeks and celery thrive here in mixed crops, bordered by herbs including sage, chives and thyme.

Previous article in the series:
A garden based on a historical model - Seligenstadt Abbey (Part 1)

Next article in the series:
A garden based on a historical model - Seligenstadt Abbey (Part 3) 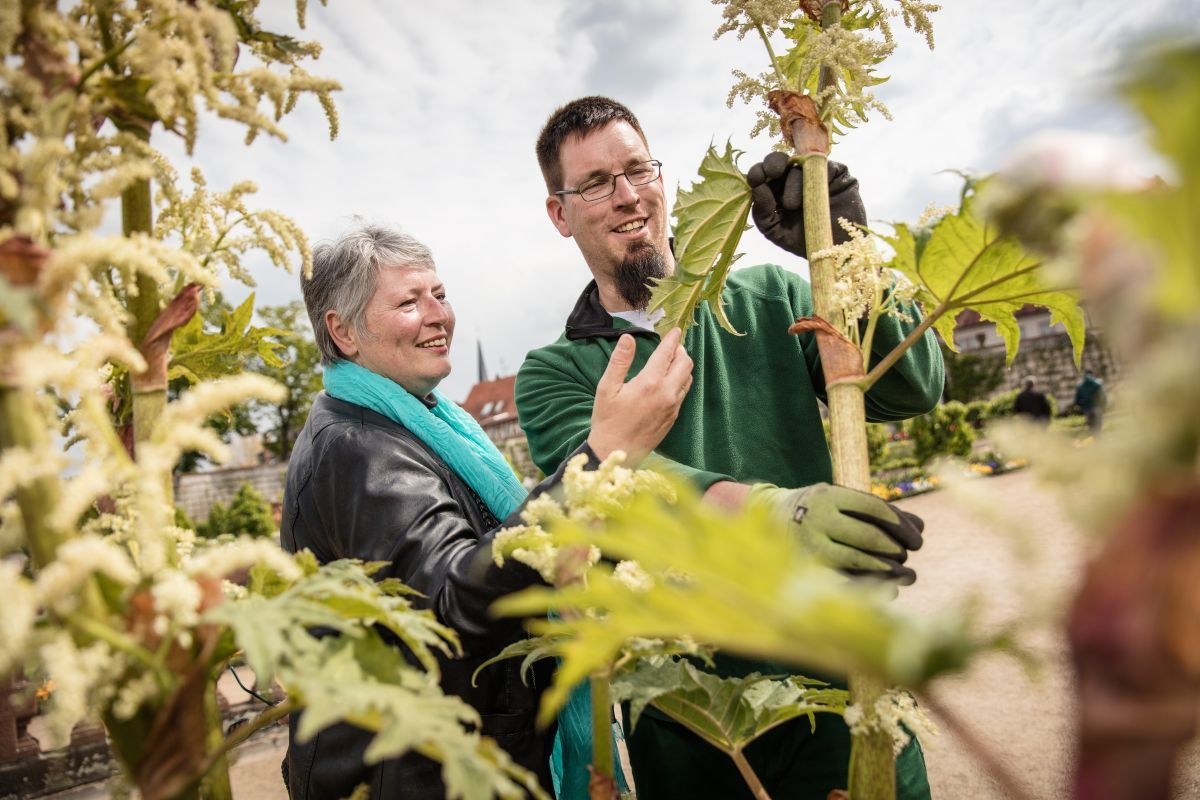 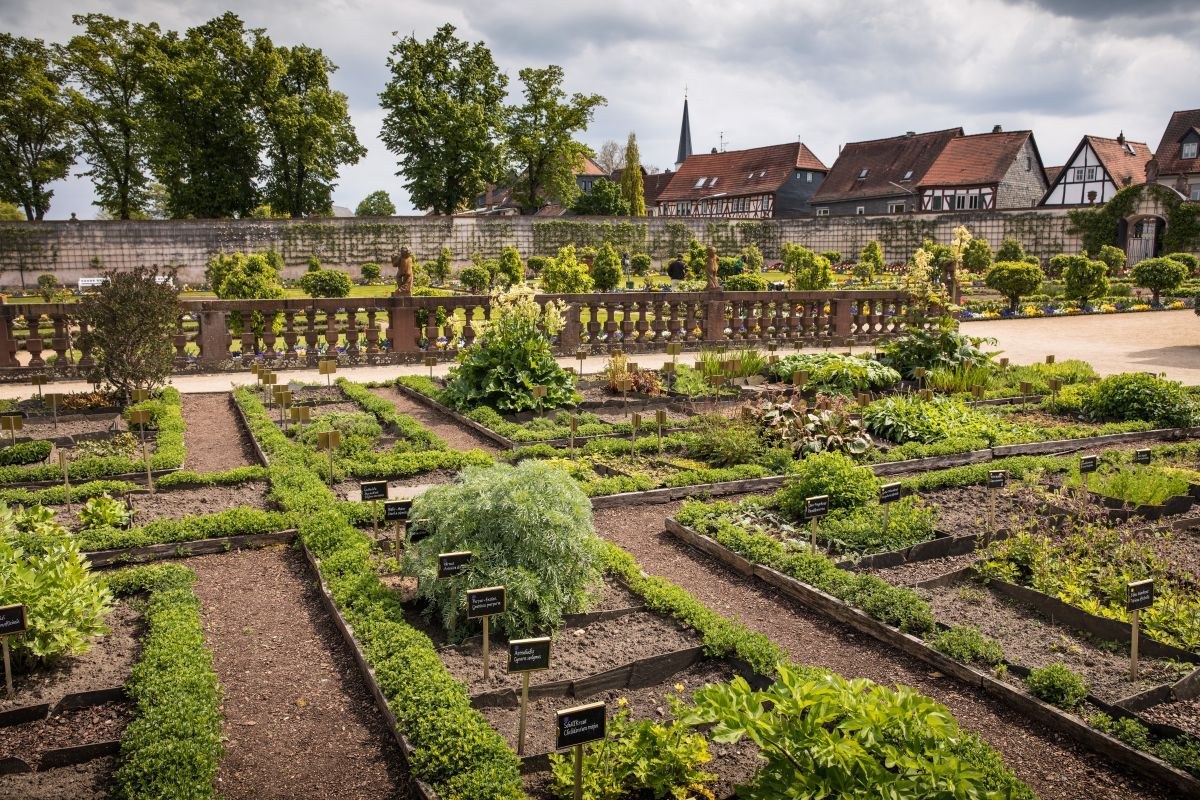 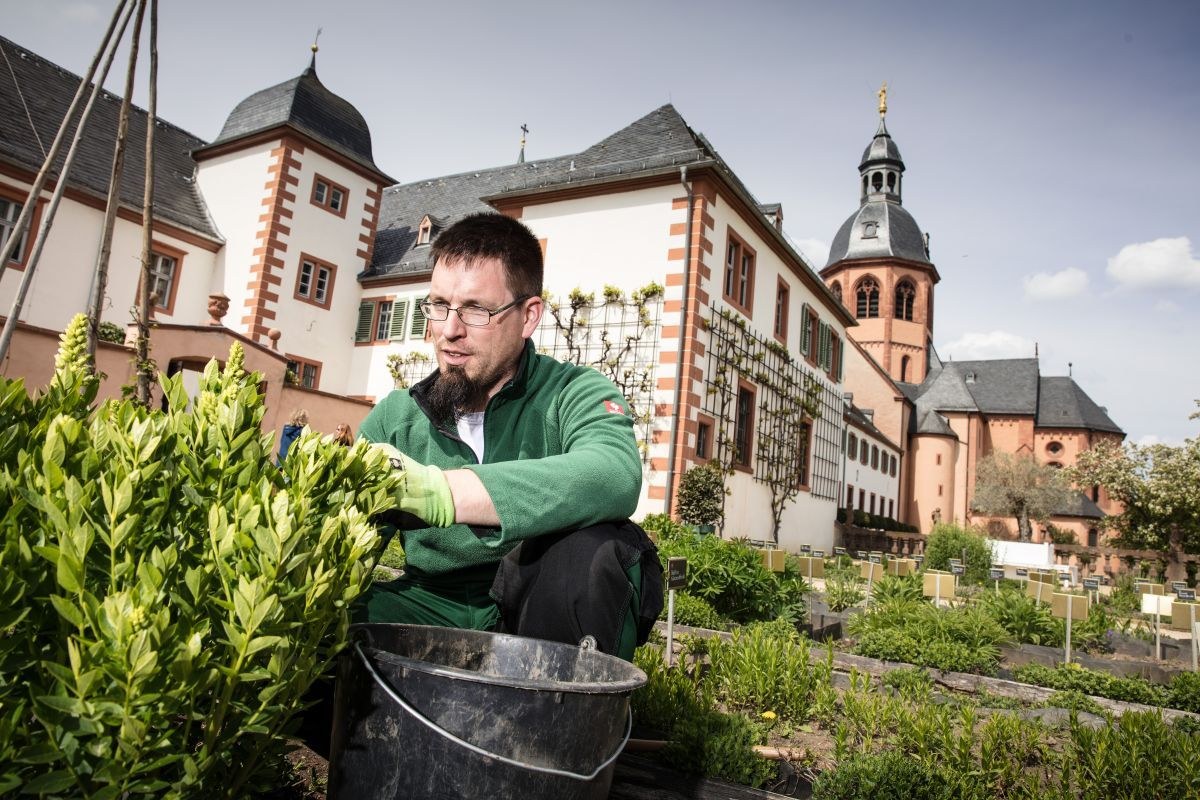 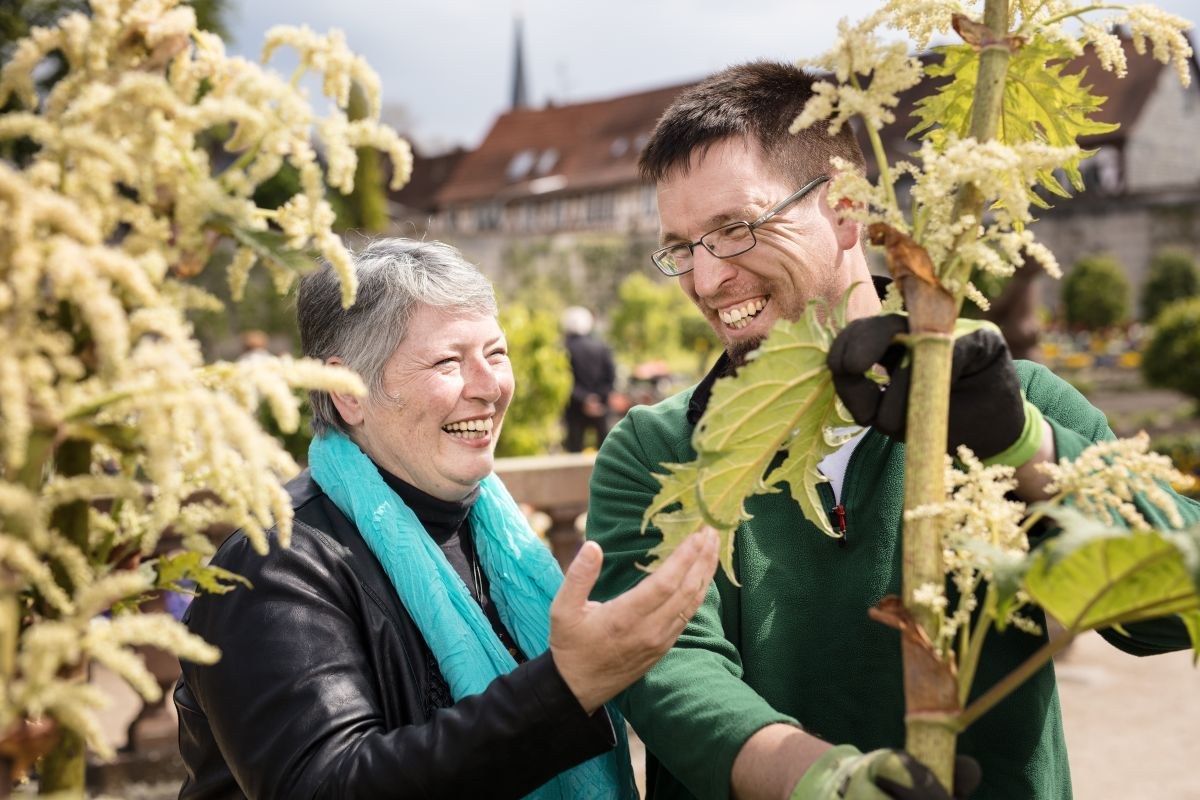