Medical and secular knowledge under one roof

A garden based on a historical model - Seligenstadt Abbey (Part 1)

The former Benedictine Abbey of Seligenstadt is one of the few almost completely preserved monastery complexes in Hessen. In its middle is a special treasure: a historic apothecary. Petrus IV Schultheis had it installed next to the archway in 1720 on the occasion of the 900th anniversary of the monastery. The abbot himself was plagued by gout and valued above all the healing effect of the herbs that were cultivated in his own garden. 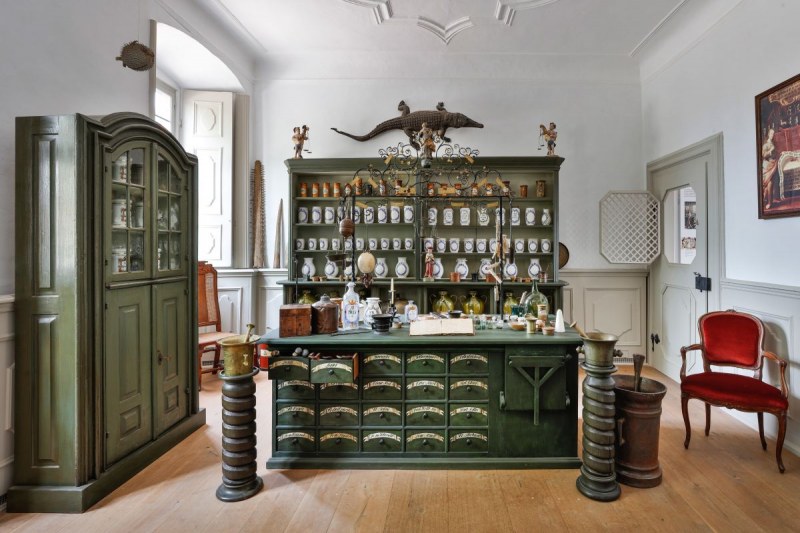 As well as for self-sufficiency, the Seligenstadt monks used their herb garden and apothecary to fulfill their obligation to generosity, producing medicines for those living in the surrounding area. Later, it became the health authority apothecary. "That was a stroke of genius," explains Uschi Lüft during a tour of the apothecary. Born in Seligenstadt, she is happy to pass on her knowledge, particularly since her experience is that the many visitors to the monastery are genuinely interested. "Here, you can actually learn a lot about the importance of medicine in Benedictine monasteries," explains the cheerful woman, some of whose knowledge comes from an apprenticeship in a health food shop.

"With the official health authority apothecary, the monks brought together their medical knowledge with secular knowledge under one roof," says Uschi Lüft. While the monks worked with herbs to improve their strength and alleviate ailments of all kinds, medical practitioners were already using minerals, metals, and animal and human elements. Since the apothecary was in the hands of a "secular" entity, it was possible to combine them both. Another plus point: the health authority apothecary paid rent to the abbey, thereby improving its funds.

All kinds of "drugs" were waiting for customers in the apothecary’s countless drawers. "Drugs originally referred to dried medicinal plants, borrowed from the Middle High German word for drying," explains Lüft. In the stock chamber for the public apothecary, the ingredients waited to be roasted, boiled, melted or distilled in the laboratory. Even confectionery, marzipan, inks and dyes were made here. A former waiting room is now used for museum education. The customers of the time, however, never got to see the inside of the apothecary; they ordered and paid for their goods at the door.

Following the secularisation of the monastery, the apothecary was initially leased out. In 1805, it moved out for reasons of space and became the "Town Pharmacy" that can still be found on Seligenstadt market square today. The historic rooms of the monastery apothecary opened to the public once again following its restoration in 2002, some of them on loan from the German Pharmacy Museum in Heidelberg.

Next article in the series:
A garden based on a historical model - Seligenstadt Monastery (Part 2) 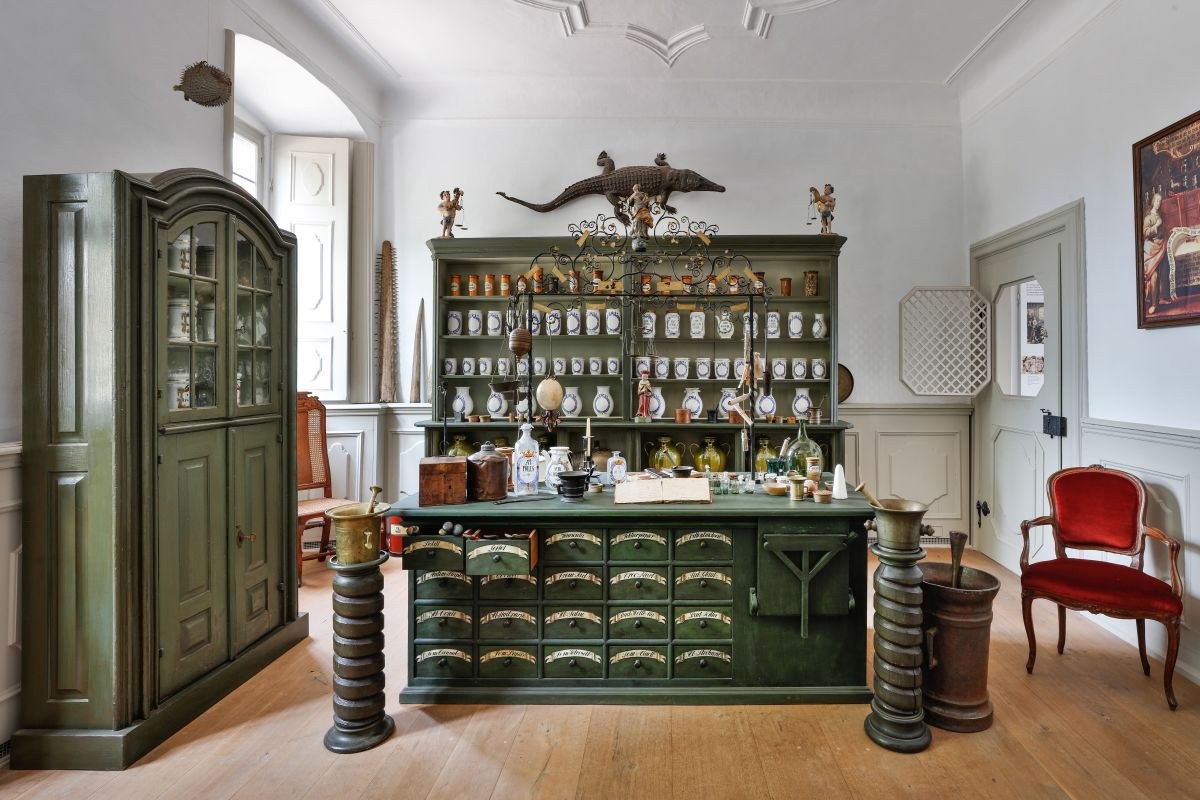 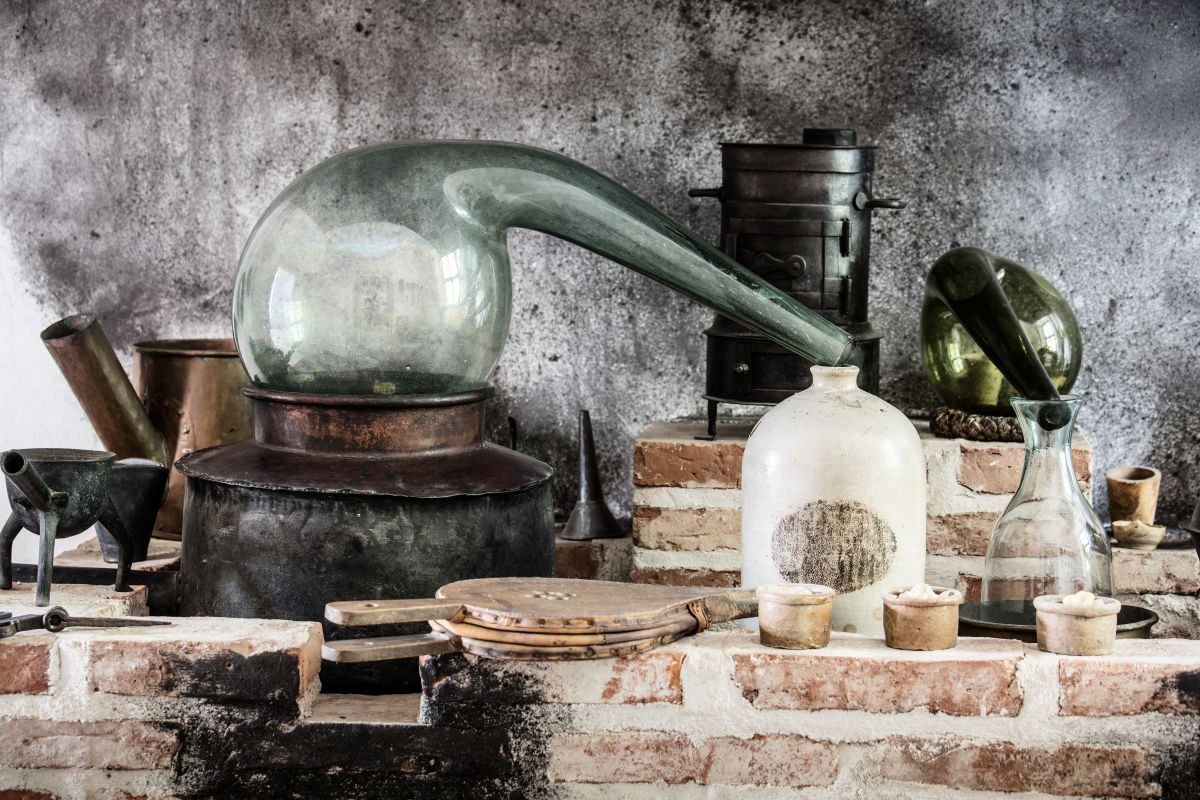 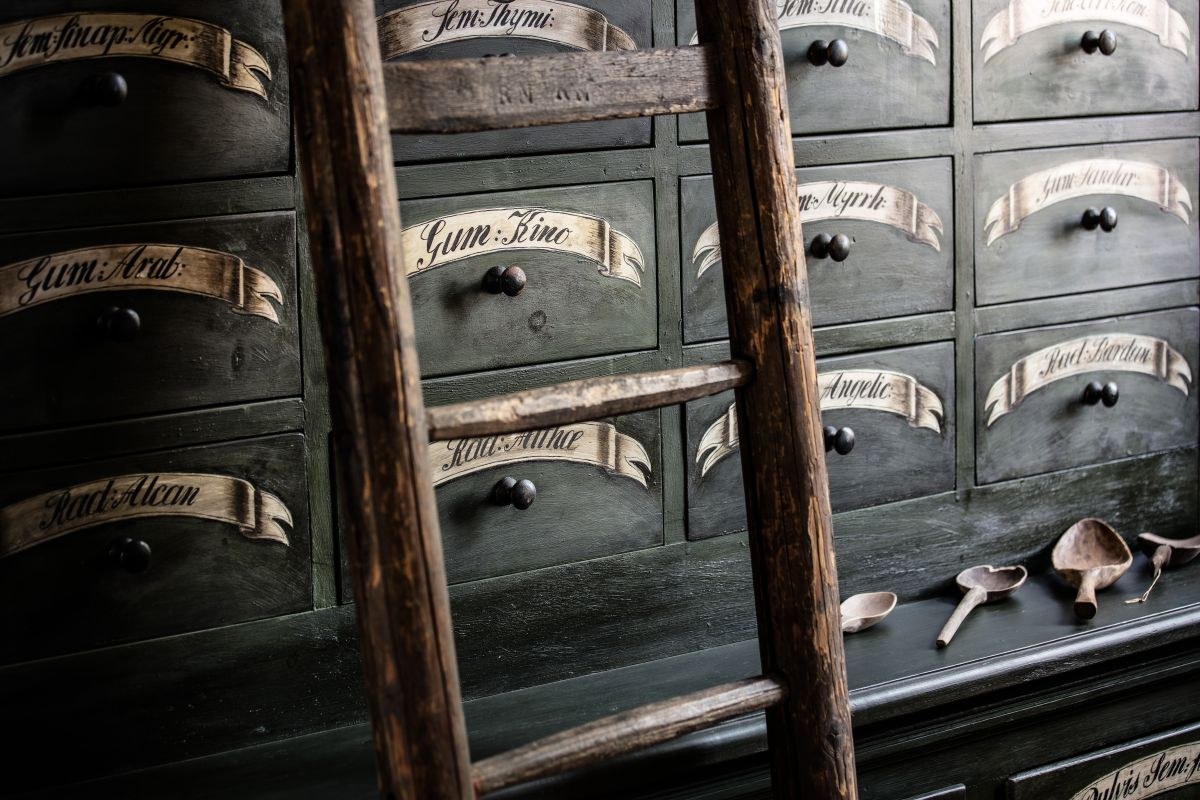 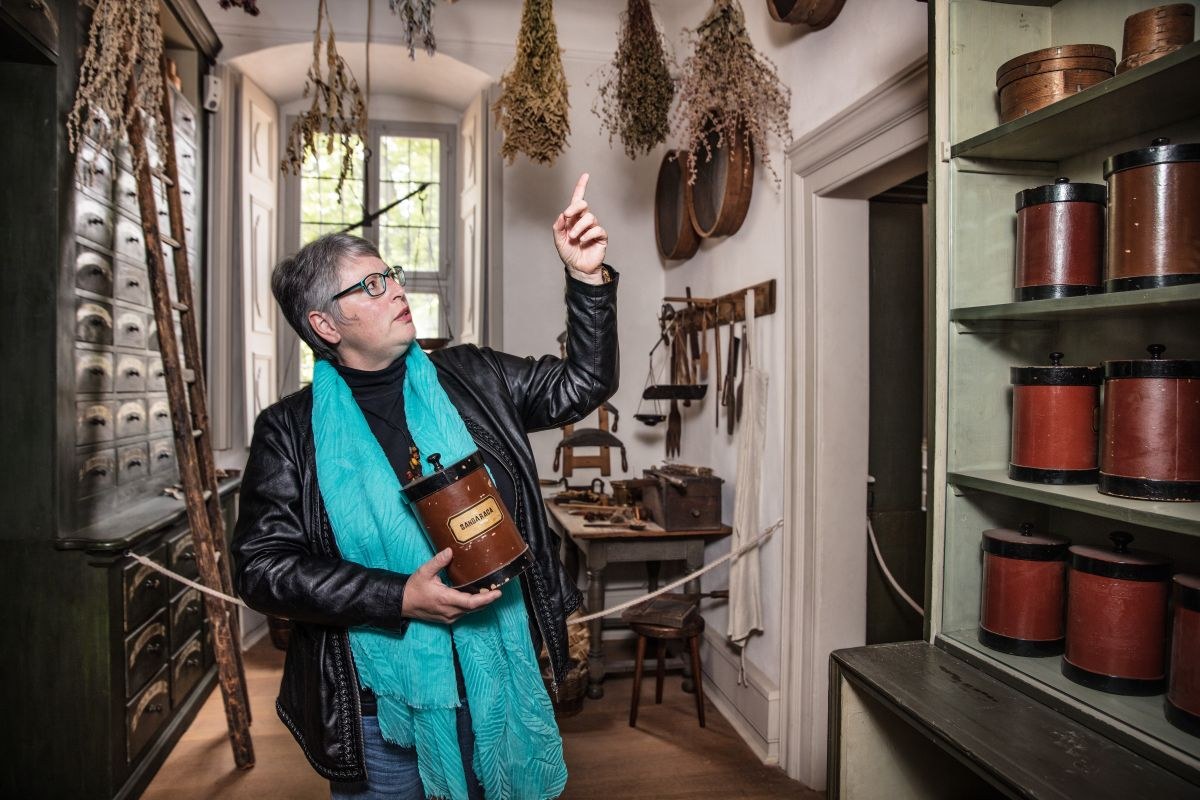 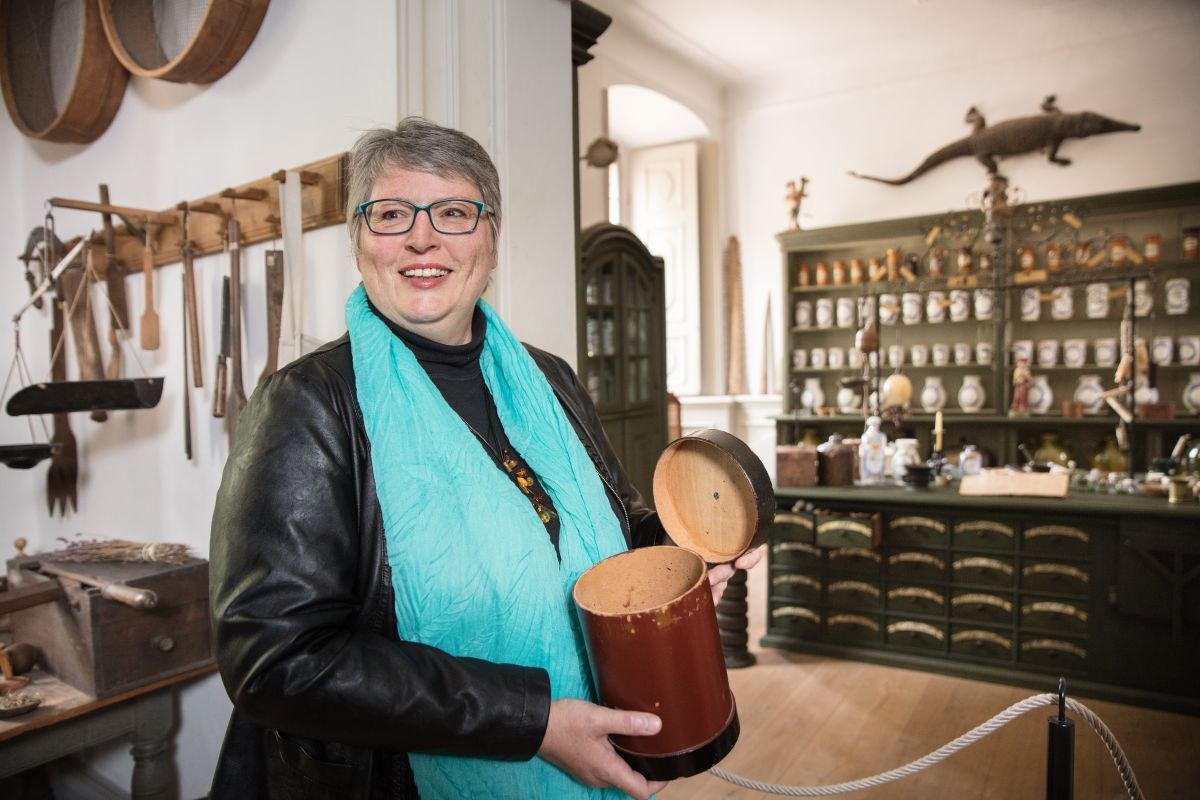 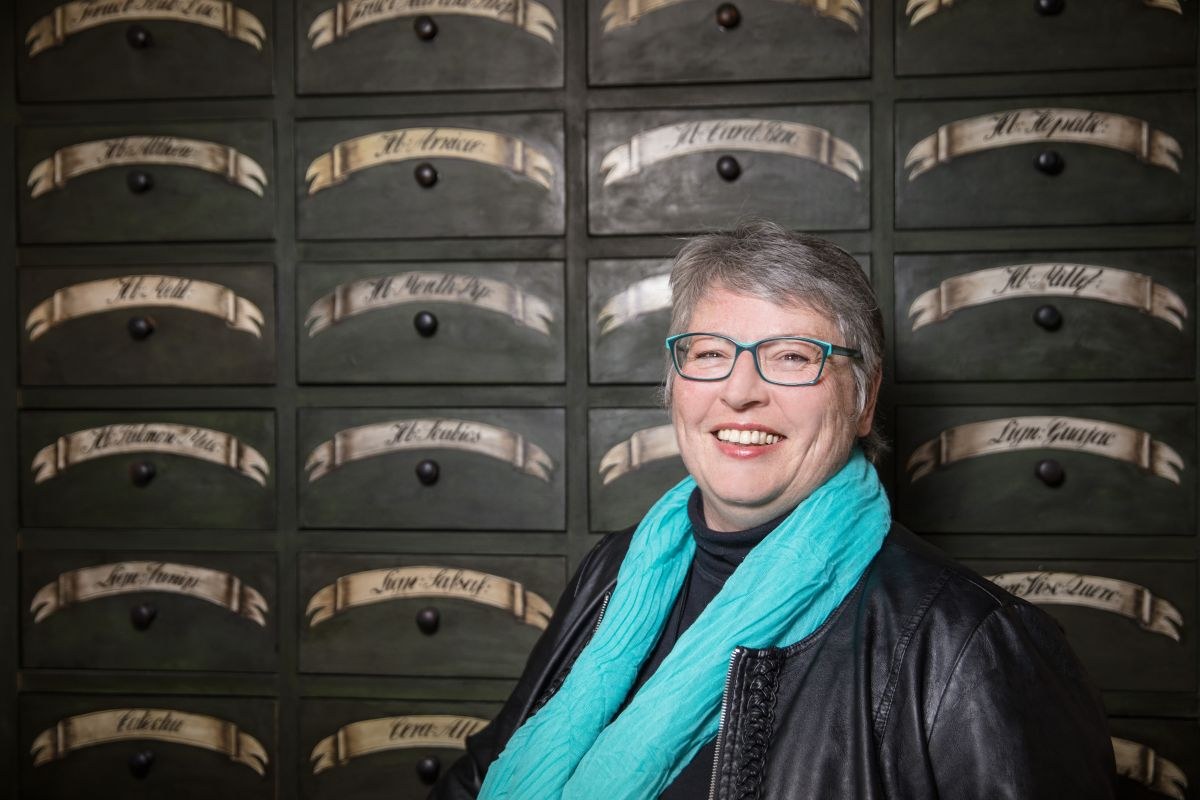