A piece of cultural heritage, oblong or round, the "freely-set" (made without a baking tin) feast day bread from Seligenstadt Abbey costs four euros. The sourdough is refined with five spices from the apothecary garden - caraway, coriander, fennel, aniseed and cardamom - according to an old recipe. If you get to the abbey early enough on a Thursday, you can get the bread still warm, straight from the hands of baker Heinz Kimmel. The 83-year-old master craftsman learned his trade in his parents' business. "17 generations of bakers’ trade," says the slim, tough-looking man with a curt smile. "There were probably one or two forced marriages involved." Once a week, he now stands next to the old German oven in the abbey of his hometown and monitors the embers. When an expert was sought to build an old German oven 20 years ago, who else was there to ask but Kimmel? "I'll come by," he promised at the time, and since then, he’s been at the abbey almost every Thursday to bake - on a voluntary basis, of course, like the other members of the association. It’s a matter of honour. 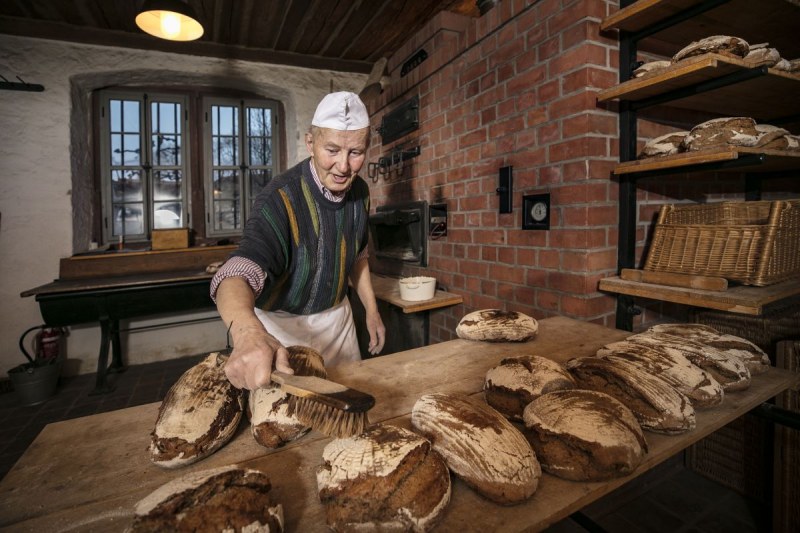 Heinz Kimmel and Klaus Lüft meet in the former coach house at 6am. The impressive oven, which is standing in the spot where horses and carriages once stood when the abbey was in operation, is just reaching its operating temperature of 300 degrees. "It’s constructed just as it was hundreds of years ago, and heated only with wood," explains Lüft, weighing a bundle in his hand. "A high density of oak and beech overnight to kindle the fire; fir and spruce during the day for fast-burning flames." With a twinkle in his eye, Lüft refers to himself as an "auxiliary baker". Together with other dedicated local residents, he’s one of the preservers of historic Seligenstadt, and was involved in the construction of both the bakery and the oven.

"It was new territory for all of us," Kimmel says, remembering the events of two decades ago. Throughout his 60-year career, he had worked with thermostats and automatic timers. So the men from the Friends of Historical Seligenstadt first had to develop a feeling for baking in the old German oven. The first loaves "went into the ink", as the baker puts it - they turned black. "The second time was better," says Kimmel. Today, it works seamlessly. By the time there’s a knock at the mill garden door, the oven is already hot and clean. A young man from the depot hands over unbaked dough prepared at two Seligenstadt bakeries, each loaf in its own little basket. During each baking cycle, Kimmel pushes 80 loaves of bread into the shaft one by one with a round slider, and takes them out again after about three quarters of an hour. In the summertime, when scores of tourists arrive by boat, the men bake four times in succession. "That's when all hell breaks loose," says Kimmel, when he and Lüft have a rest in the abbey courtyard a bit later. "People queue for bread from here to the chestnut trees," he says, then adds with justifiable pride, "We always sell out."

Next article in the series:
Preserving the town's exceptional heritage - Seligenstadt Abbey (Part 3) 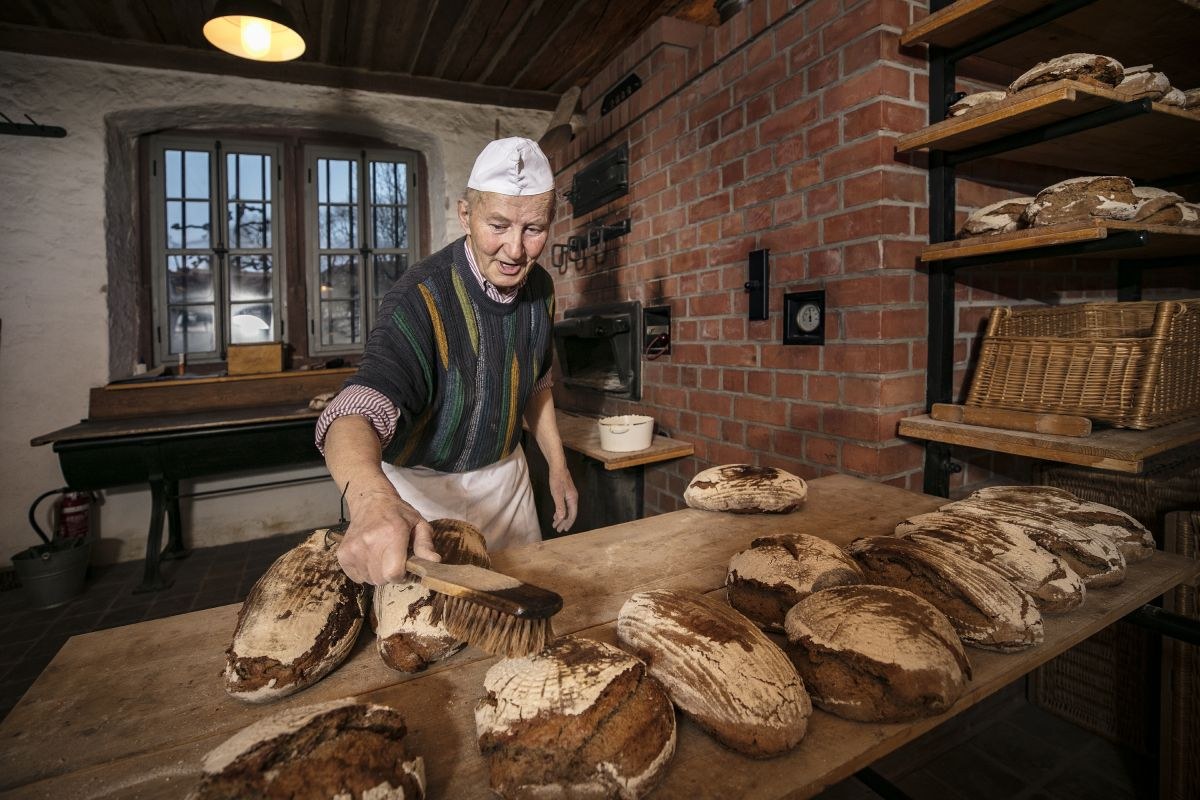 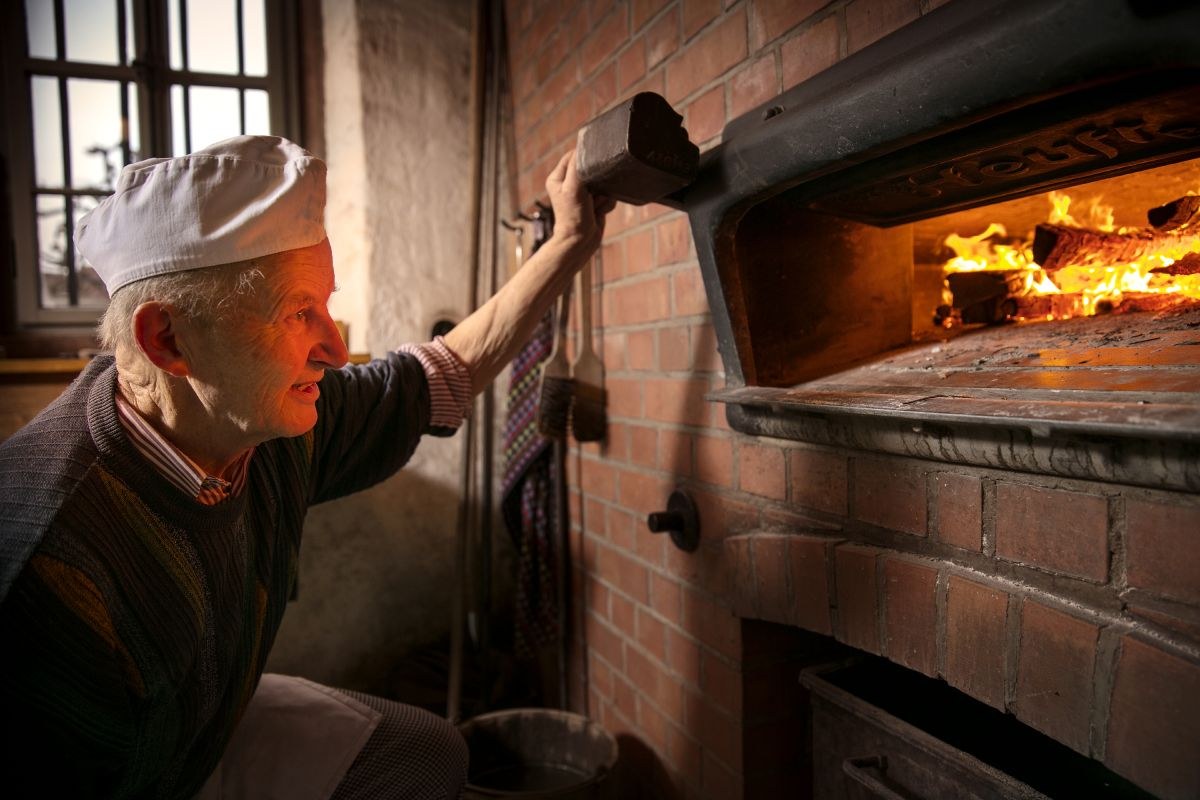 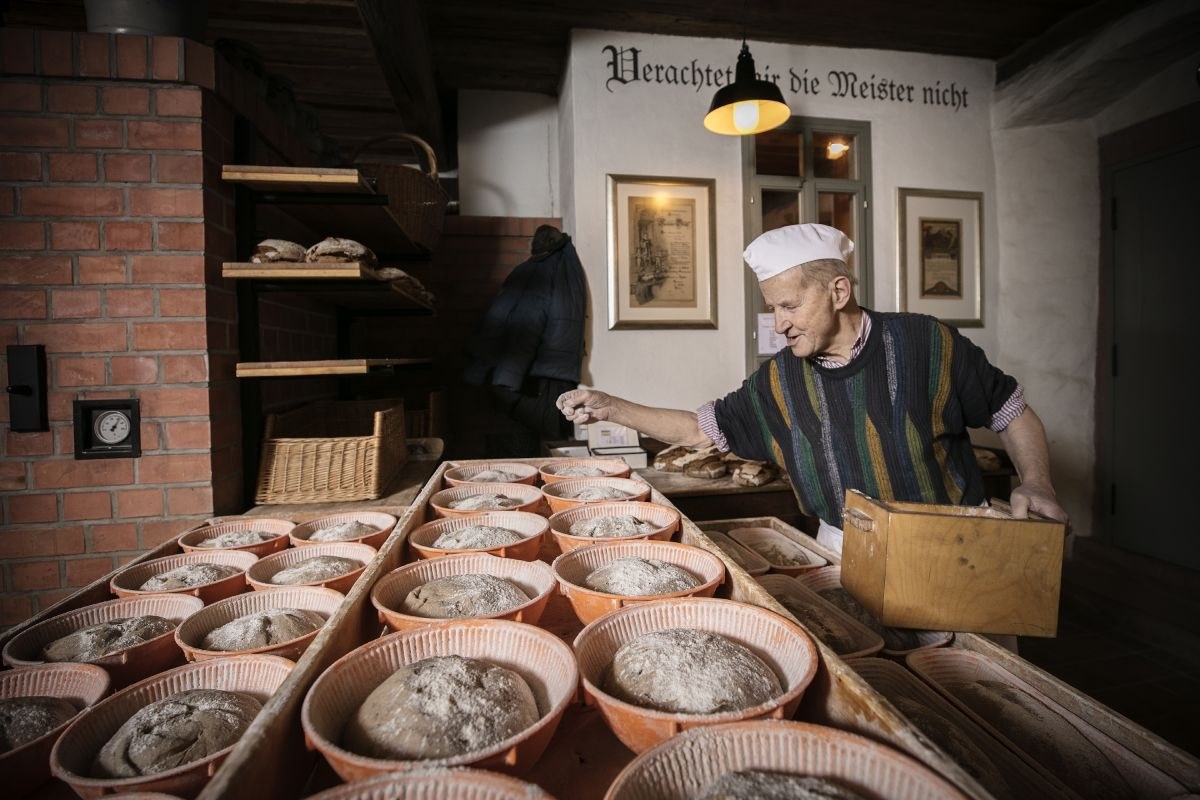 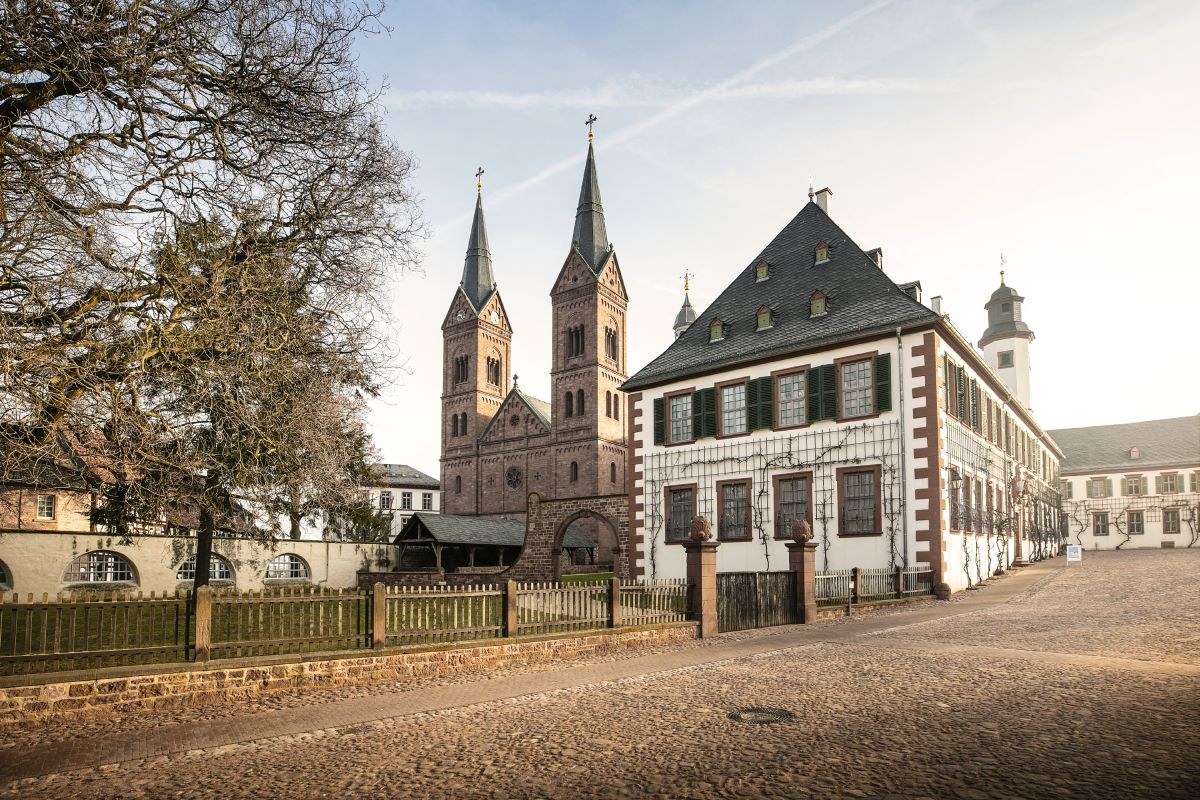 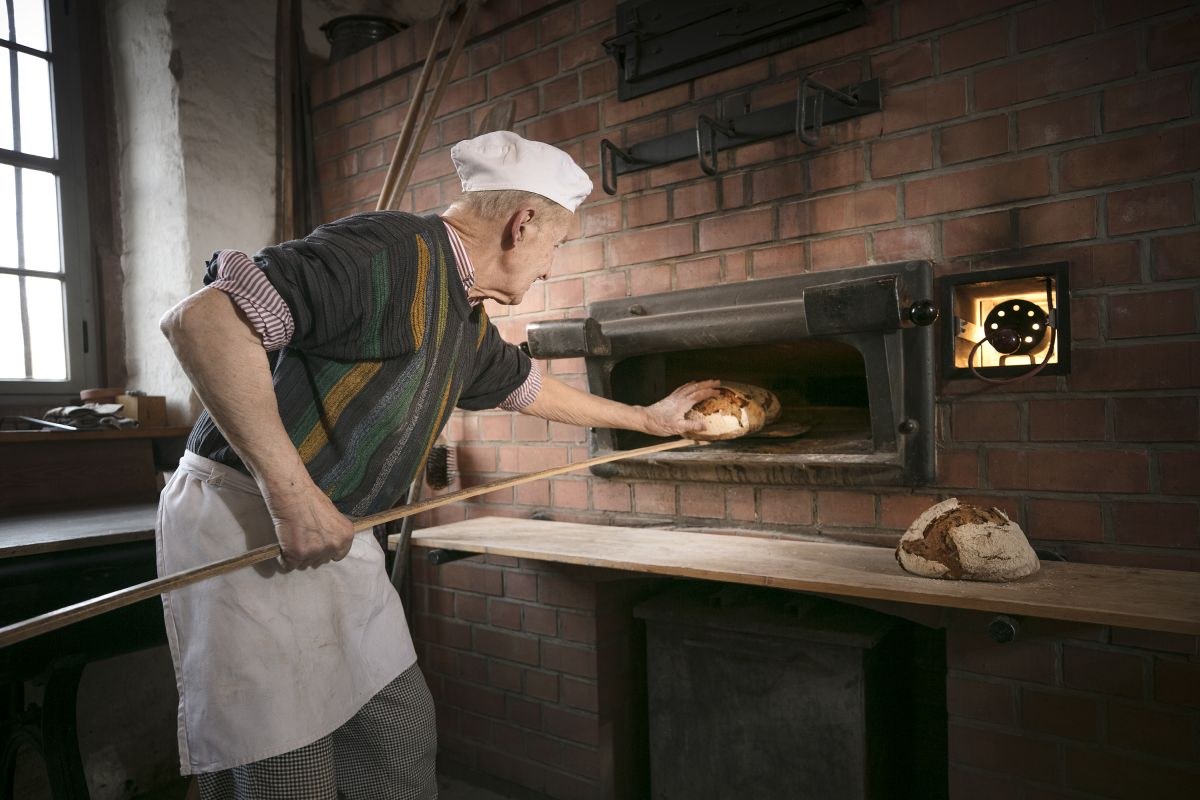 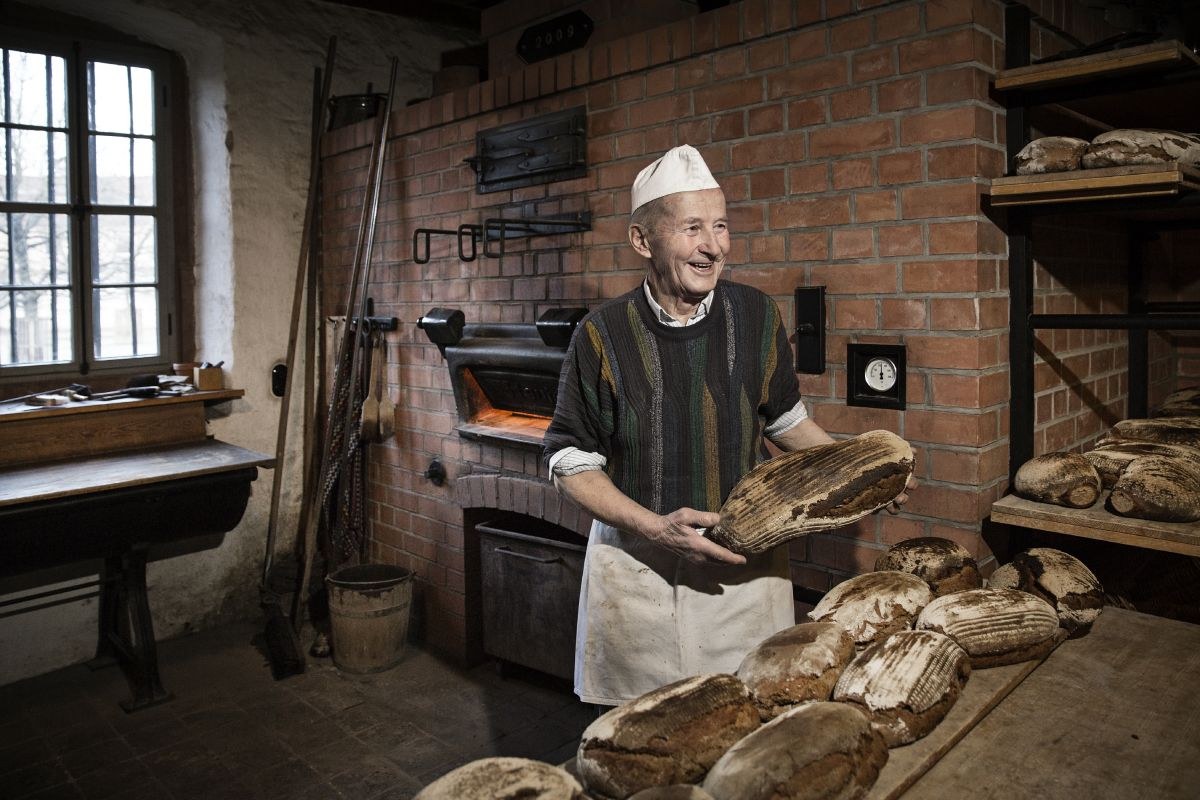 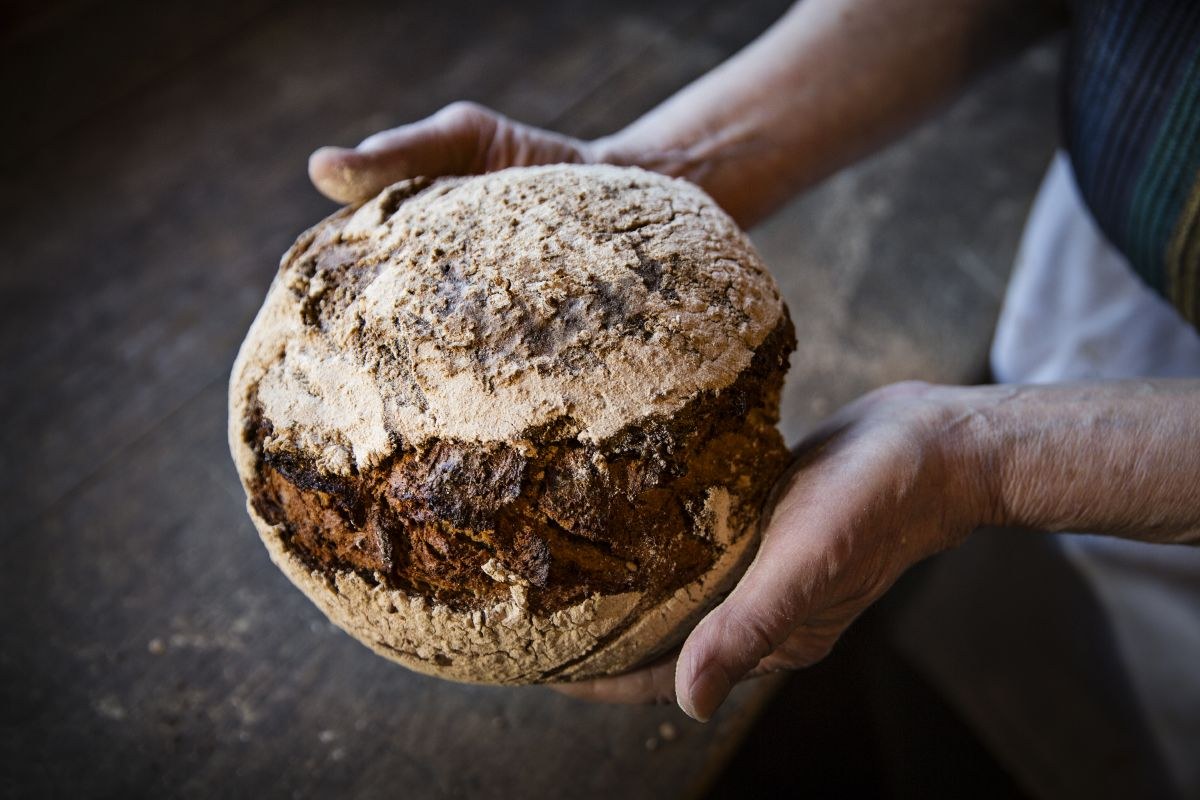 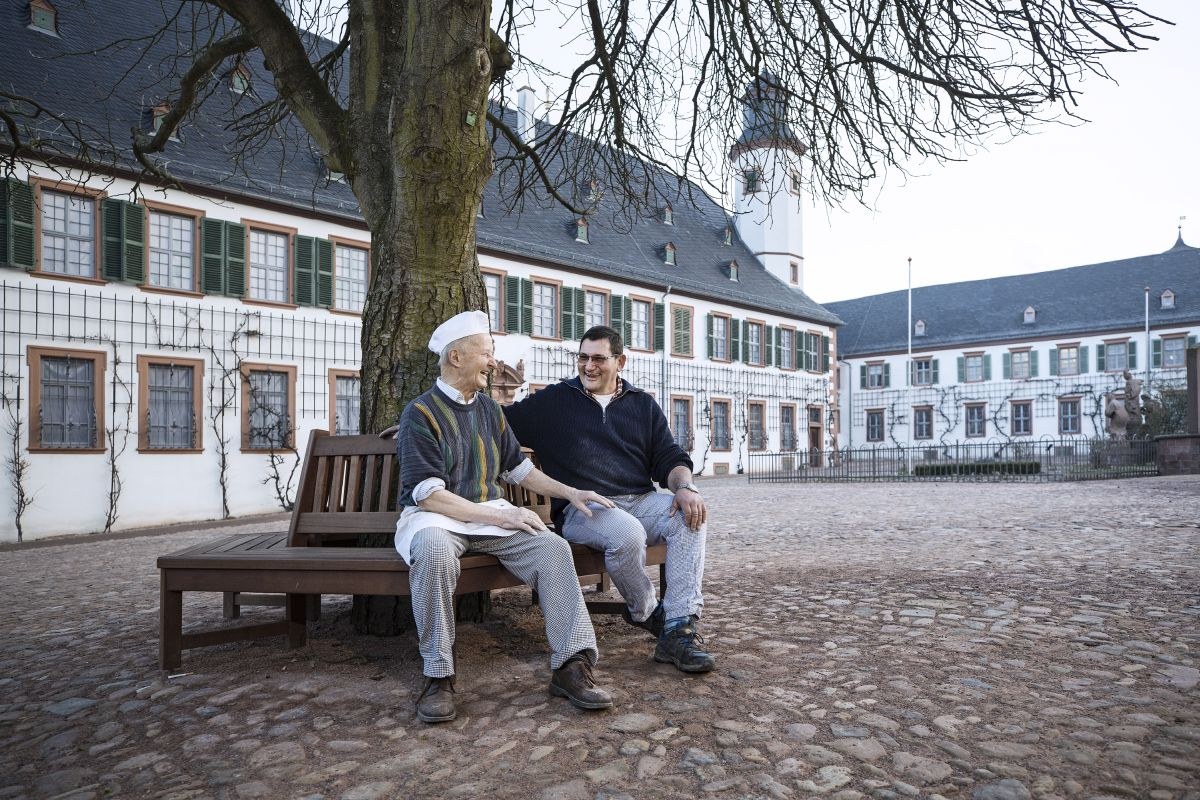