What is also fascinating about the basilica is that its interior has hardly changed to this day. A bare, dusty clay floor, and a high, open nave, Einhard’s Basilica has survived the centuries almost entirely unscathed. The Counts of Erbach-Fürstenau, who owned the building for many centuries, used it as a shed for their hunting and fishing equipment. The church served as a wood store for the counts' court carpenter. Since he had to store the wood in a dry place, he ensured that the roof remained watertight. In this way, he protected the church from falling into disrepair. "Actually, the roof would be the special part," says caretaker Sigrid Floch, "if it weren't for the church underneath." When the basilica was restored between 2006 and 2010, the roof was also redone. Only four beams needed replacing. All the other beams are still from 1168, says Floch. At around that time, the monks of Lorsch Monastery built a provostry, or an abbey. They renewed the roof over the nave. They surrounded the entire complex with a wall and built a sacristy alongside the northern side choir. They also changed the grounds around the basilica. The church remained untouched. Even today, the dimensions of the monastery are easily visible. The gatehouse, for example, where Sigrid Floch welcomes visitors, was built in the 16th century, centuries later. Nevertheless, it is a survivor of the complex. 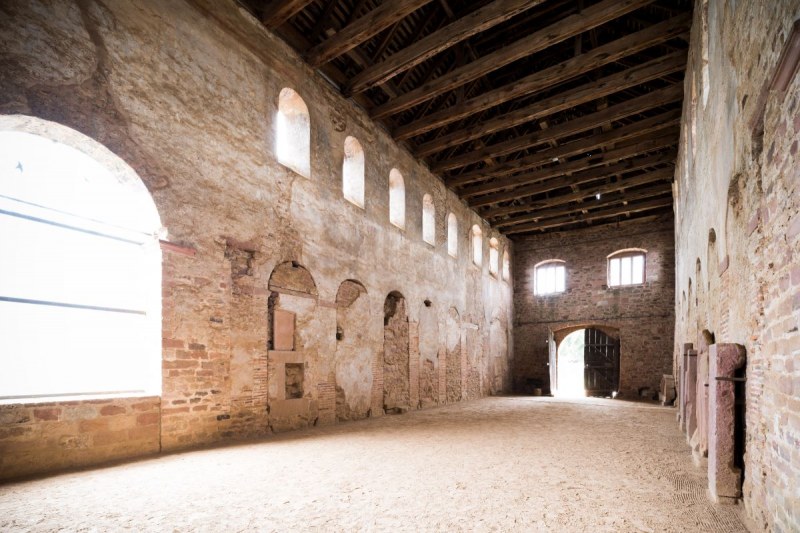 When Floch took up her post in 2008, the property was not in a good way. Two years earlier, huge scaffolding for roof renovation had surrounded the church, and diggers and cranes had furrowed the meadows around it. Today, the grounds are tidy, and nothing interrupts the view of Einhard's Basilica. It’s good that it is being looked after again: when the residents of Michelstadt-Steinbach wanted to build a sports field some 60 years ago, it was supposed to be located on the site of Einhard's Basilica. "The application to demolish the 'old barn' had already been submitted," says Floch. "Fortunately, it was rejected." The building is "a real original" after all. 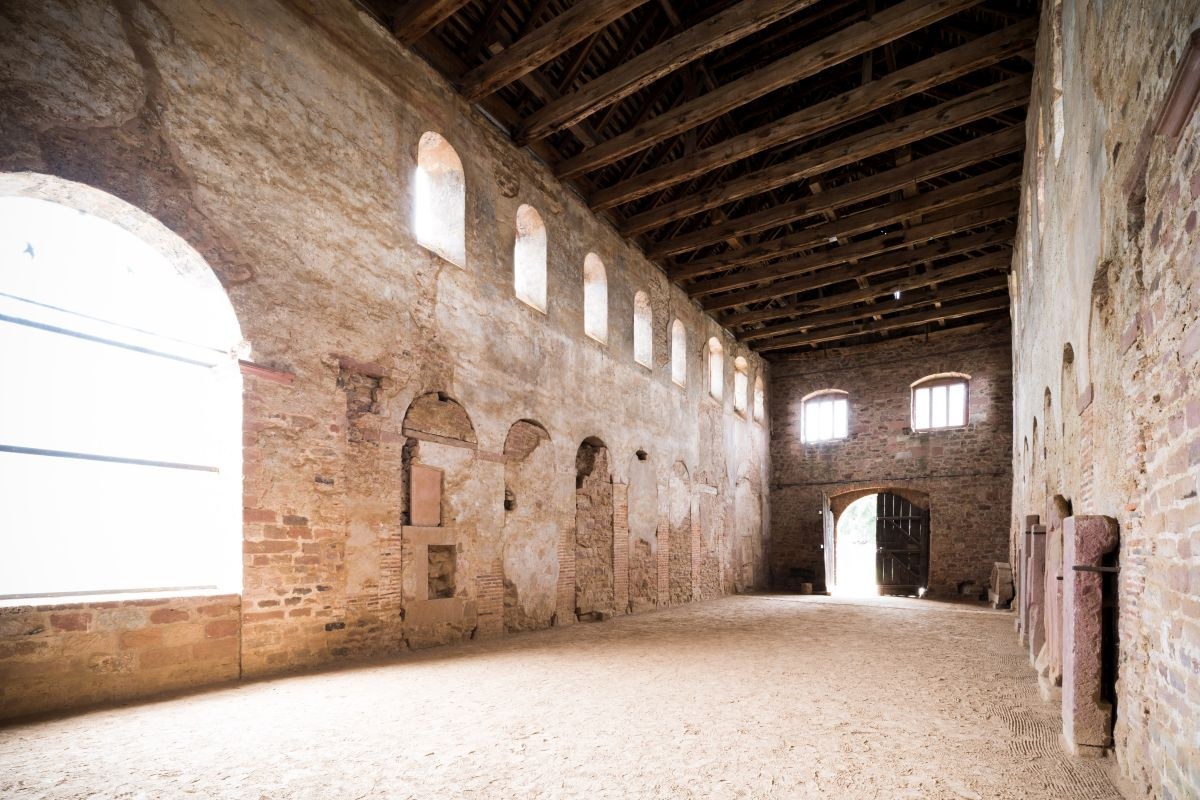 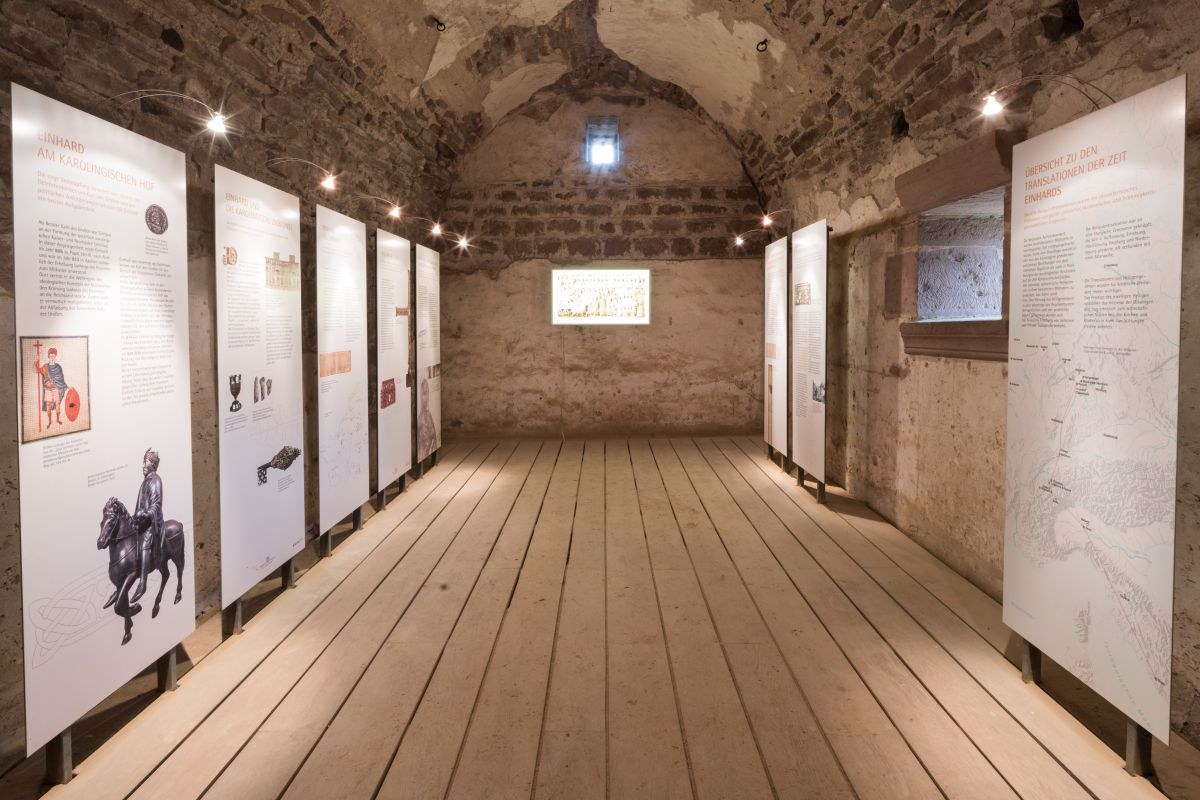 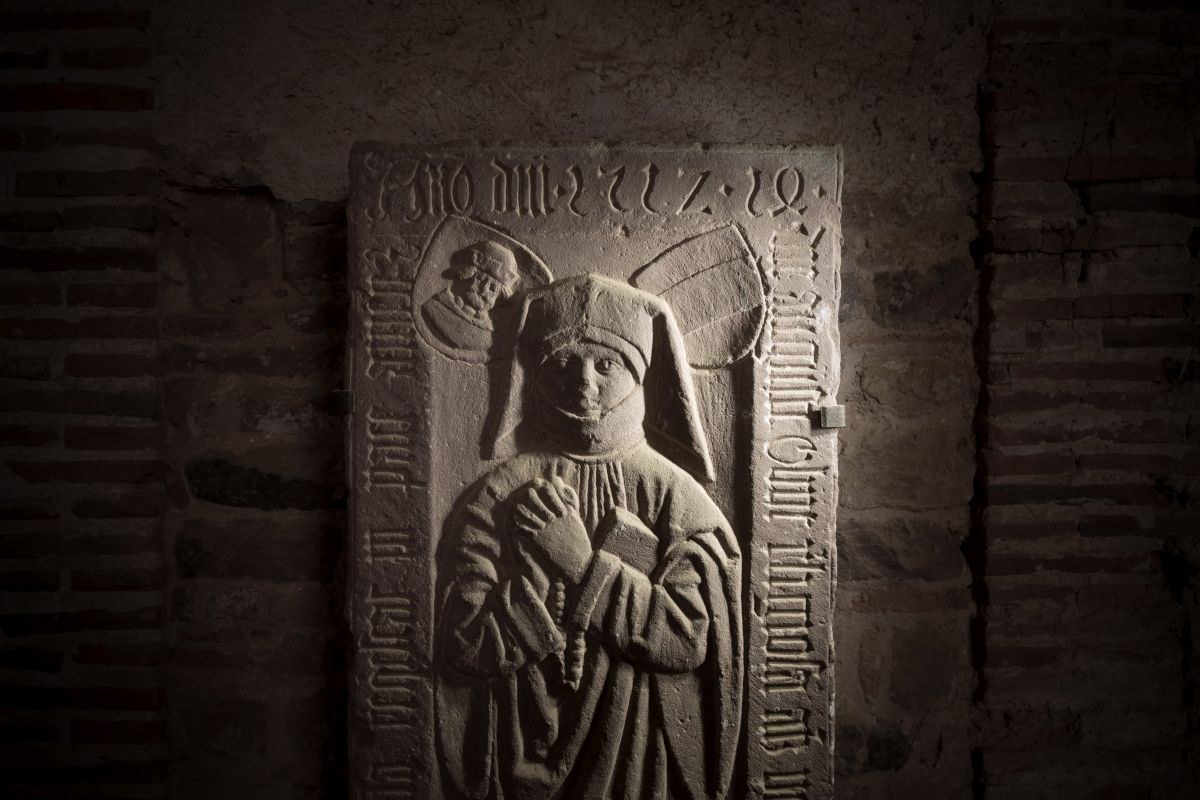 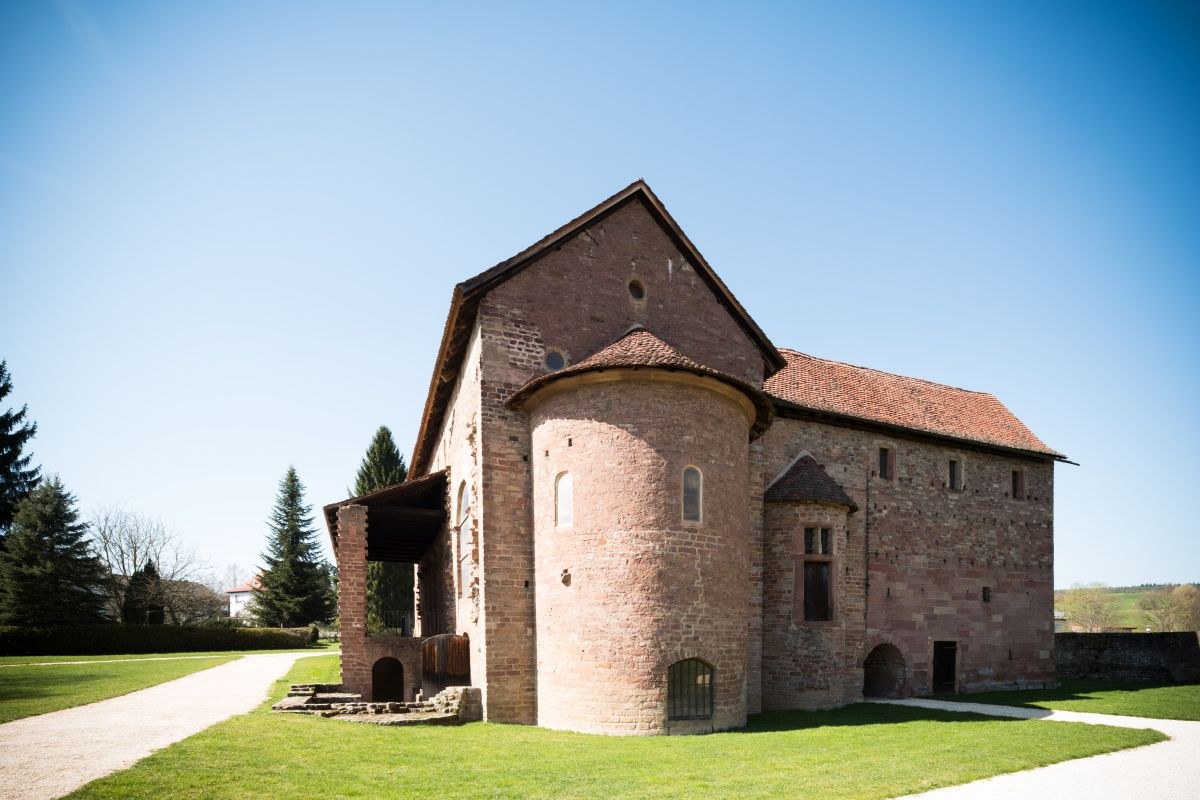