The giant of Kassel - Bergpark Wilhelmshöhe and Palace, Kassel (Part 3)

Up on his mountain, Hercules is exposed to the elements. The wind whips against his copper shell; he is pelted by rain, hail and snow. Lightning strikes him. On their way to the statue, visitors notice just how much work goes into him: wooden scaffolding fringes the steps, andcranes sway in the wind. Like the colossus itself, the construction site is impressive. The constant repair work is another subject covered in the exhibition, because it is quite astounding: the workers, after all, have to carry out repairs at dizzying heights. There are pictures showing workers after the Second World War heaving the head of the gigantic statue back up to its intended place with a rope. Another core element of the Hercules 300 exhibition is a miniature of Hercules that reveals his inner workings. “We use it as a guide when we have to do something to the original,” says Splitter. The miniature Hercules is cut open at the back, and you can see the scaffolding inside that supports him. This gives an insight into the complexity of the architecture of such a statue and the enormity of the task of restoring it. 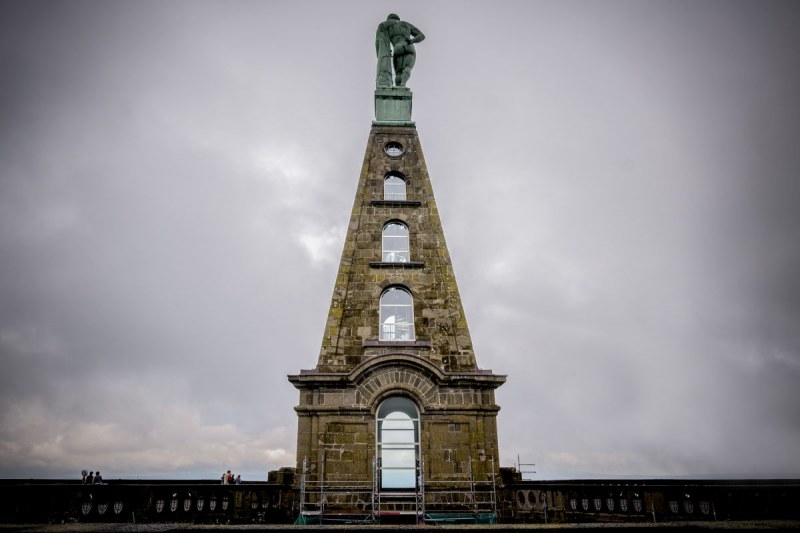 Next to this small model, there are vinyl-sized discs on which the names of the building contractor and the donors for the restoration work are engraved. The first restoration took place under Kaiser Wilhelm II, and his name is prominently displayed on one disc. The next commemorates the statue’s renovation after the Second World War; the third is from 2008, when the state of Hessen stepped in to finance Hercules' revitalisation. “The discs here are not the originals,” says Splitter. Those can be found in the head of the statue, where they are embedded into a cavity; like this, Hercules’ creators and preservers remain close to him. The existence of the very first disc from Landgrave Karl, dating from 1717, was only discovered when the statue was first restored in 1900. It demonstrates just how important Hercules was for his architect, and how important he is for those who maintain him today. A now 300-year-old landmark with more than 2000-years of history: here in these discs, just as in the complete exhibition, is its story condensed.

Previous article in the series:
The giant of Kassel - Bergpark Wilhelmshöhe and Palace, Kassel (Part 2) 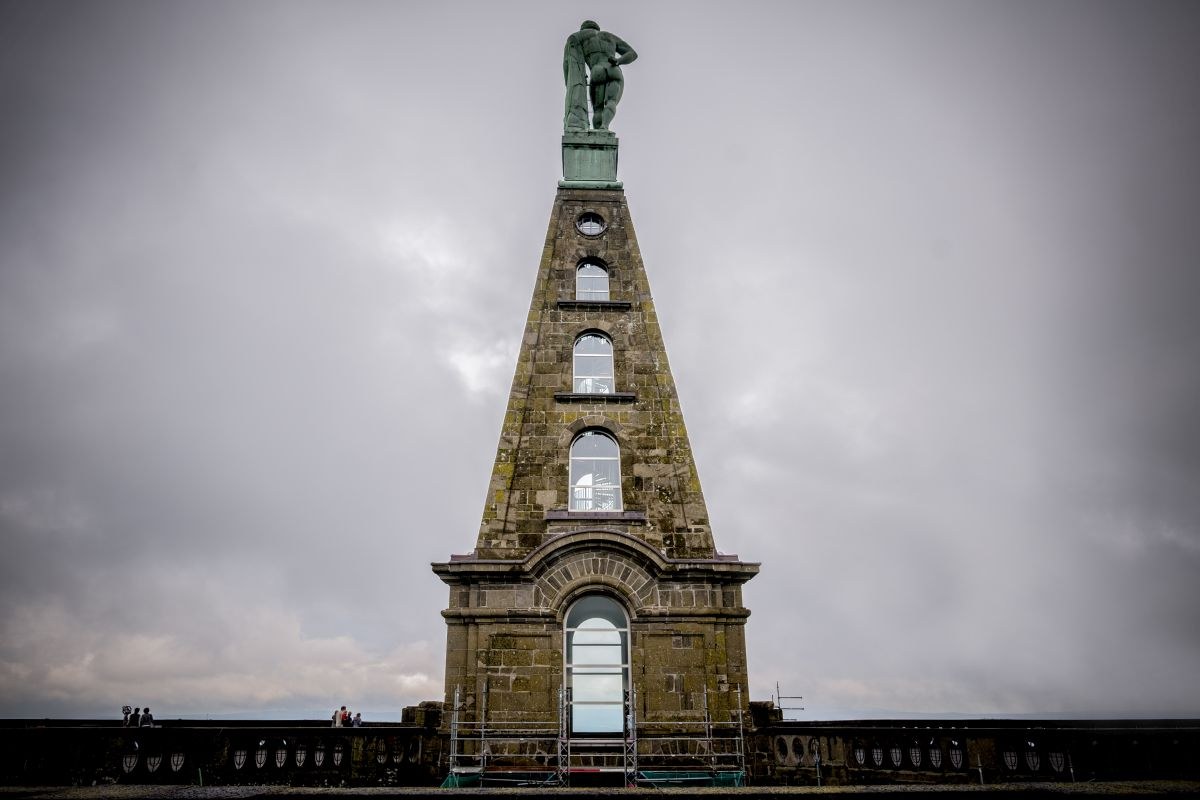 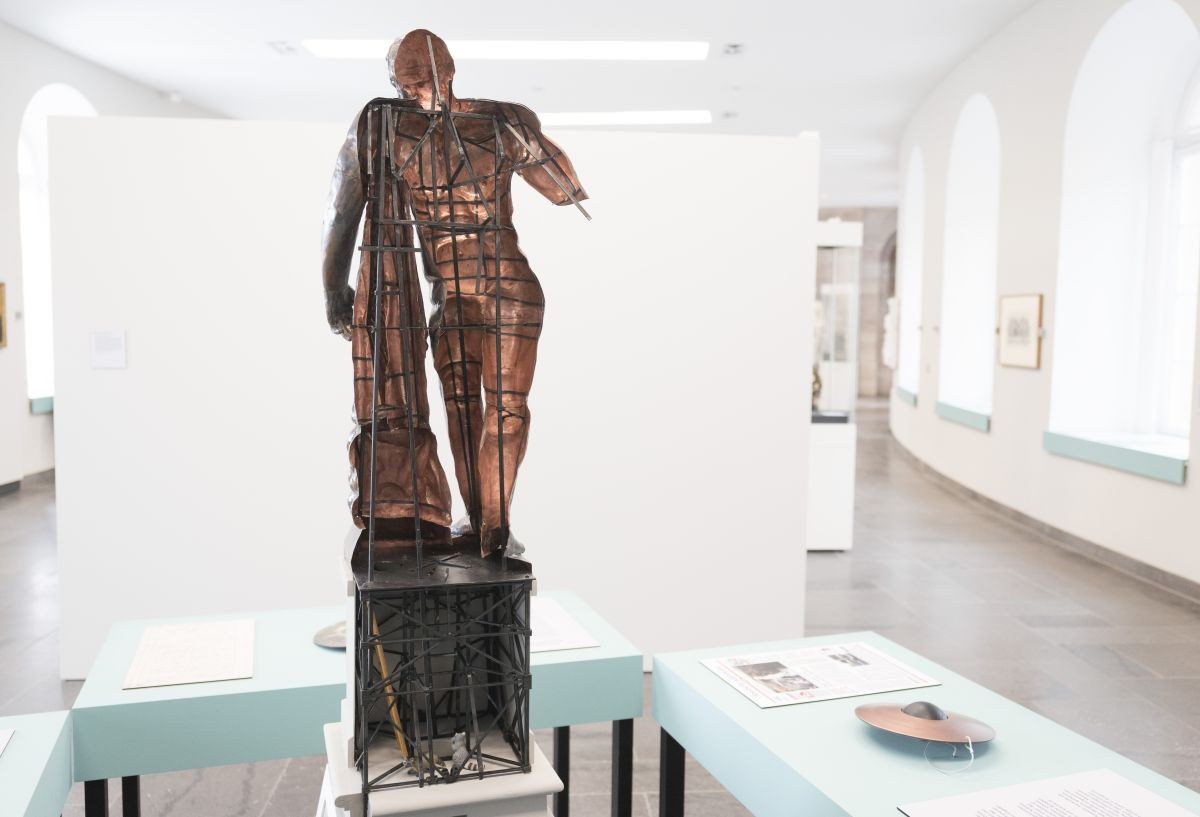 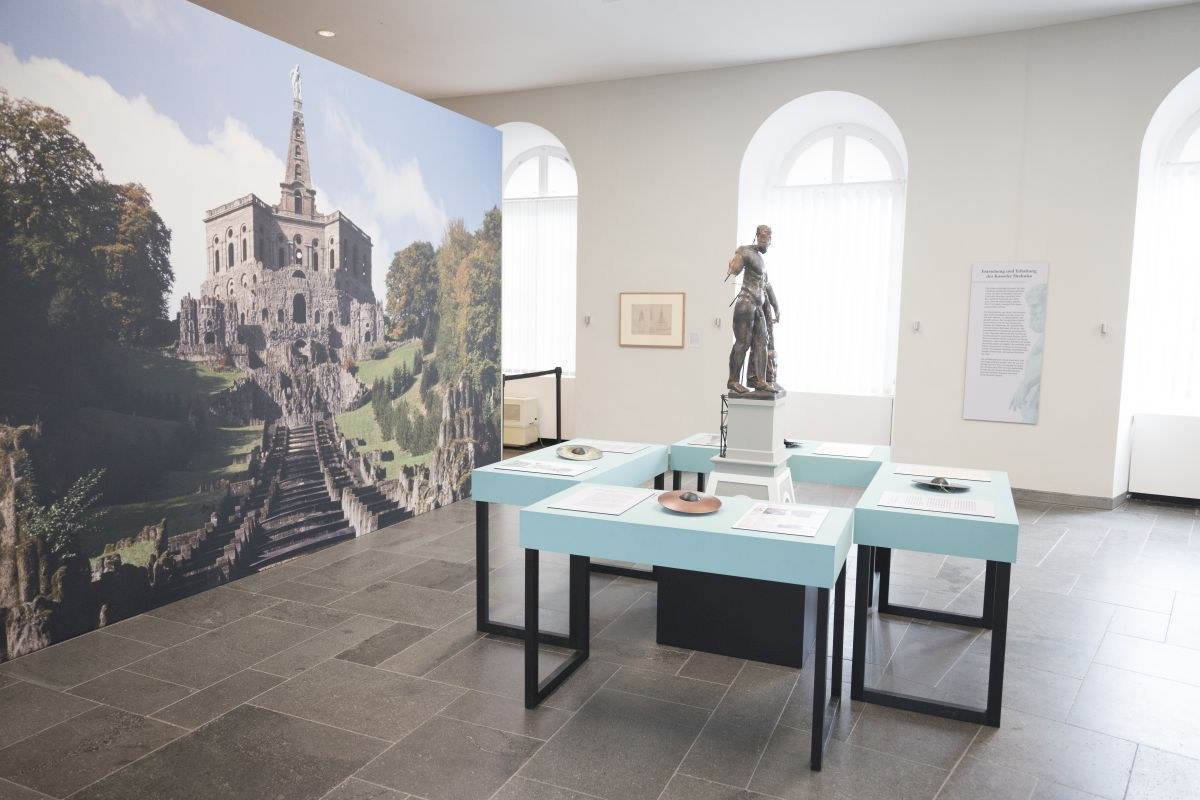 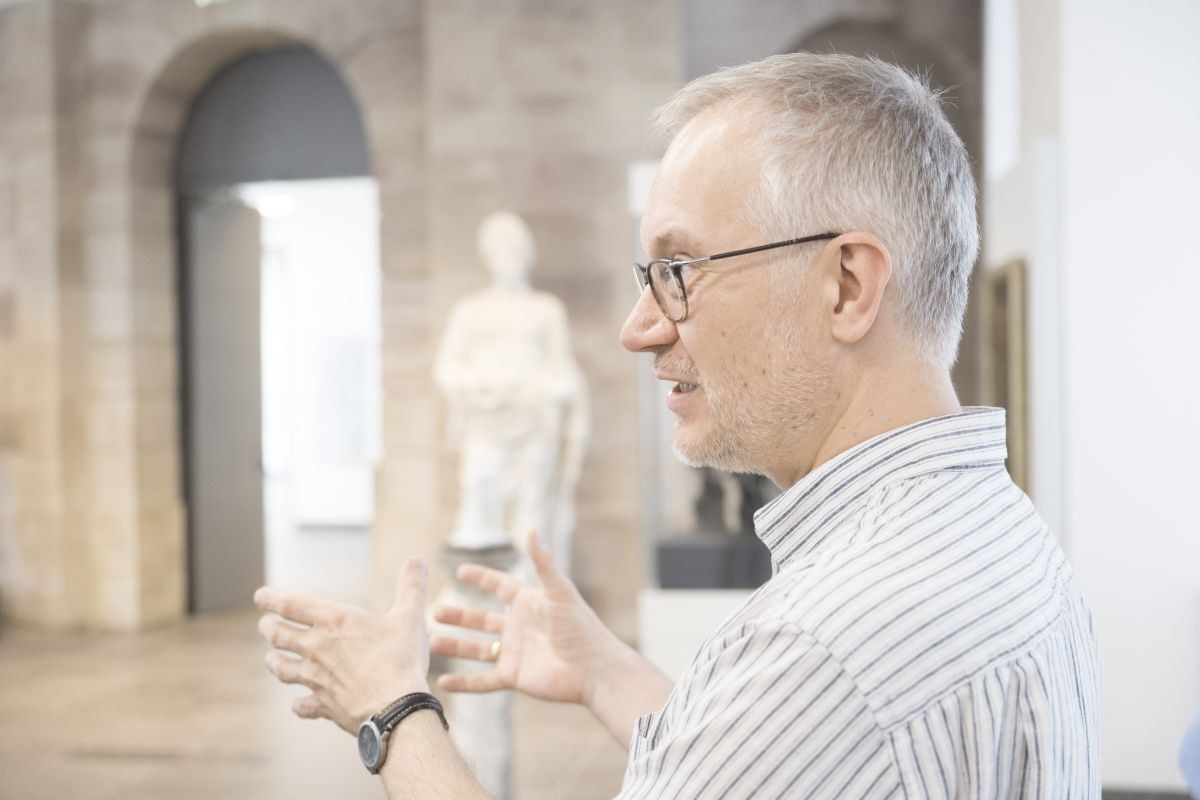 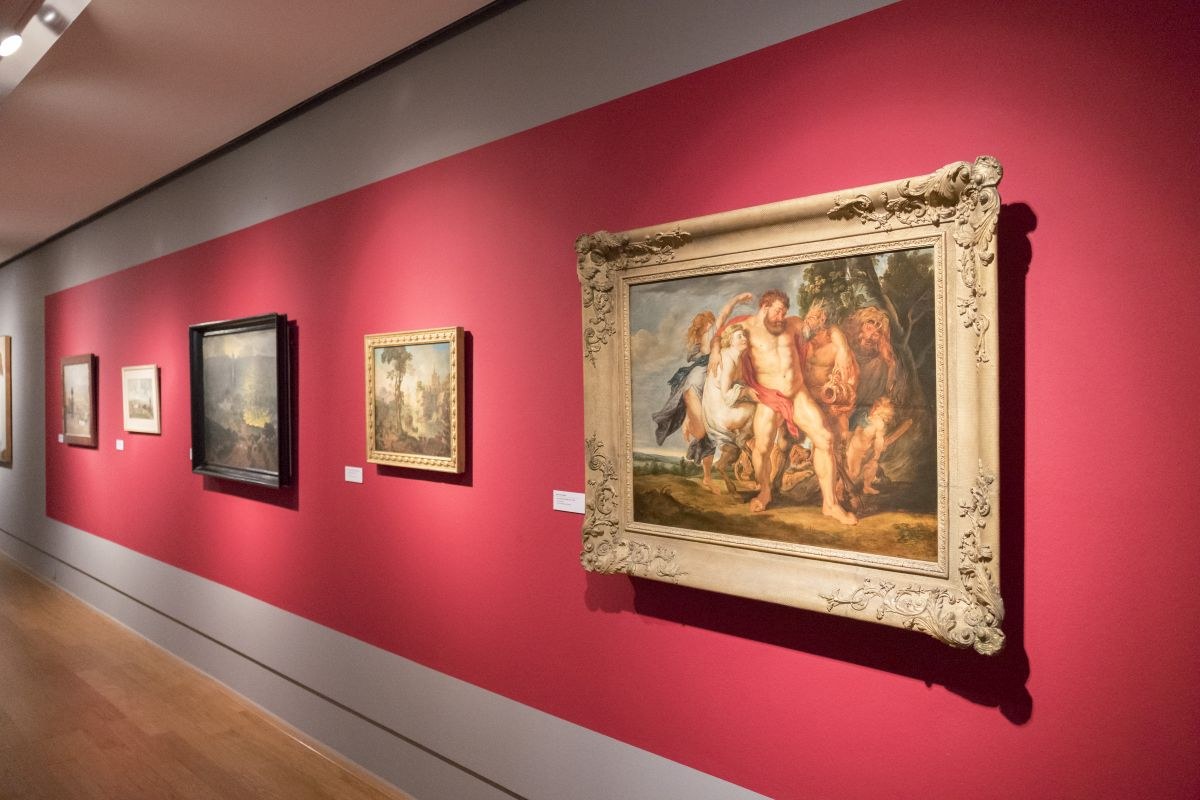 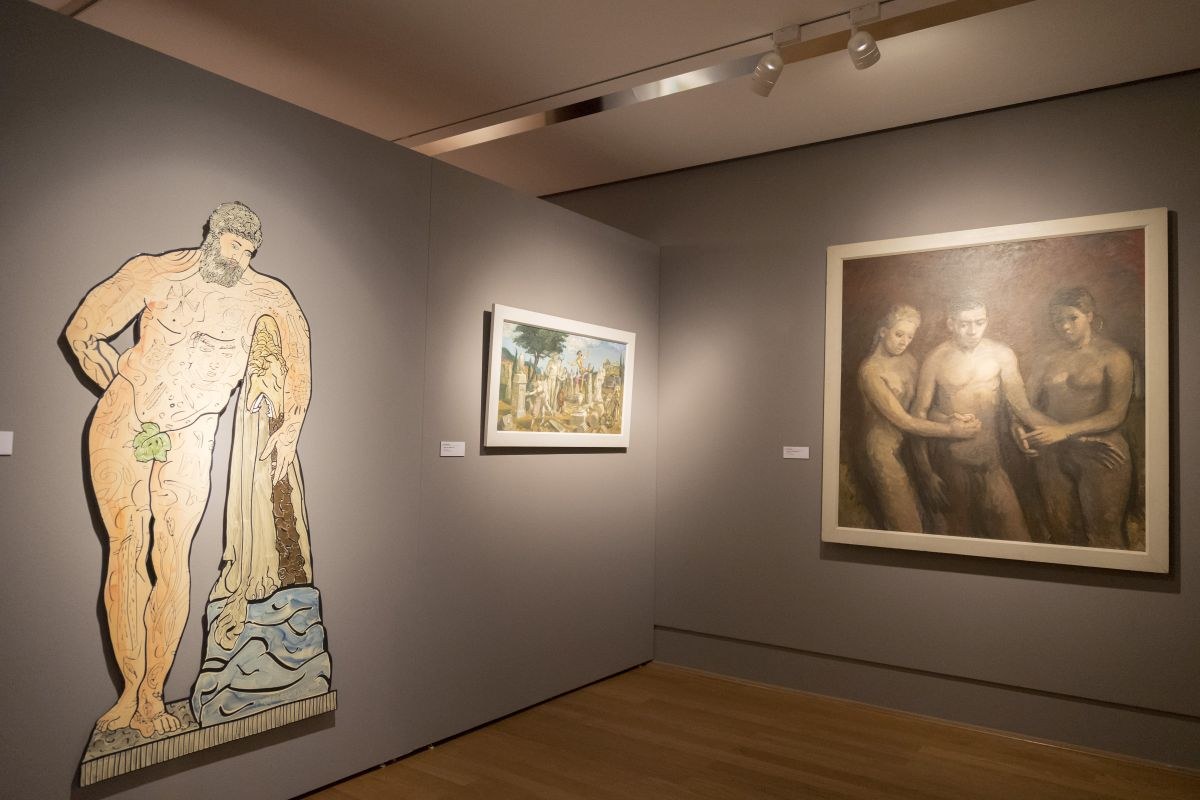