Hercules under the microscope

The giant of Kassel - Bergpark Wilhelmshöhe and Palace, Kassel (Part 1)

Kassel's landmark stands high above the city: Hercules, the demigod, leaning on a club with a lion skin hanging over it. Behind his back, he hides the apples of the Hesperides. The lion from which the fur came, Hercules strangled himself. Its head is his helmet, its hide his armour - it makes him indestructible. Hercules stole the apples from the garden of the gods, guarded by Ladon the dragon. The lion skin and the apples depict two of his heroic deeds. The statue alone is a good eight meters tall, and the stone pedestal on which it stands, the octagon and the pyramid, are together at least another 60 meters high. You have to climb more than 800 steps to get close to Hercules himself, but it’s worth it: the demigod enjoys an unparalleled view of the city. Hercules has stood here in the Bergpark Wilhelmshöhe for 300 years as a landmark, a magnet for visitors, and a sign of the landgraves’ power and pride. His copper skin shimmers green, and when the sun falls on him, he shines. In grey weather, when there’s rain and heavy clouds, Hercules seems threatening, mystical - and yet captivating. It's as if he's up there on watch, for our protection. 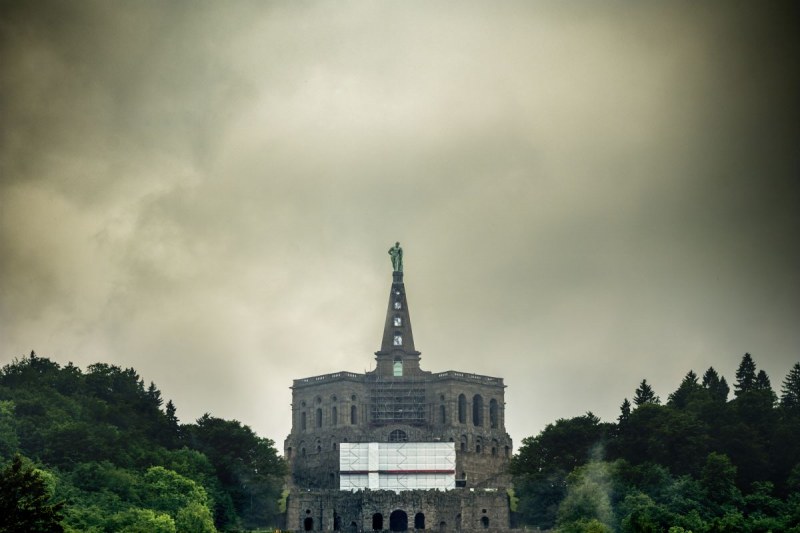 A special exhibition at Wilhelmshöhe Palace - Hercules 300. The Rebirth of a Hero - traces the Greek demigod’s journey to the Hessian city. At the entrance, visitors can first make eye contact with the statue from a distance and familiarize themselves with his story. Dr. Rüdiger Splitter, Honorary Professor of History at the University of Kassel, conceptualised the exhibition. Why? “300 years aren’t trivial,” he says. Noone else knows the story of the statue like he does, and he tells it calmly and vividly. Hercules fascinates him, the legendary figure just as much as the statue in Kassel. The Hercules 300 exhibition not only shares the origin of the statue, but also how the "resting Hercules" made it all the way to Hessen. It draws an arc from ancient Greece via ancient Rome to Landgrave Karl, who saw Hercules as an allegory of his own absolutist rule. It’s a long story, but the museum presents it in a short and succinct way. Ancient art and European art as it broke into the modern age: in this exhibition, thanks to Hercules, they are very close together.

Next article in the series:
The giant of Kassel - Bergpark Wilhelmshöhe and Palace, Kassel (Part 2) 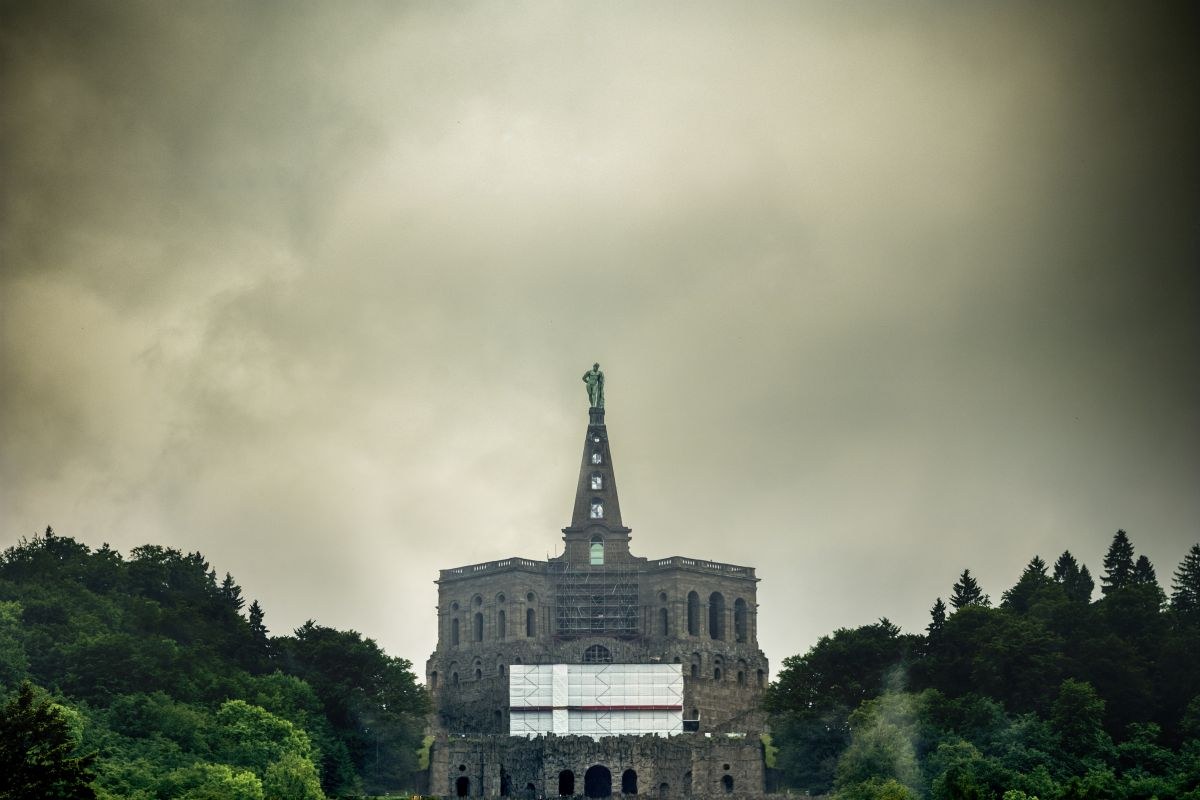 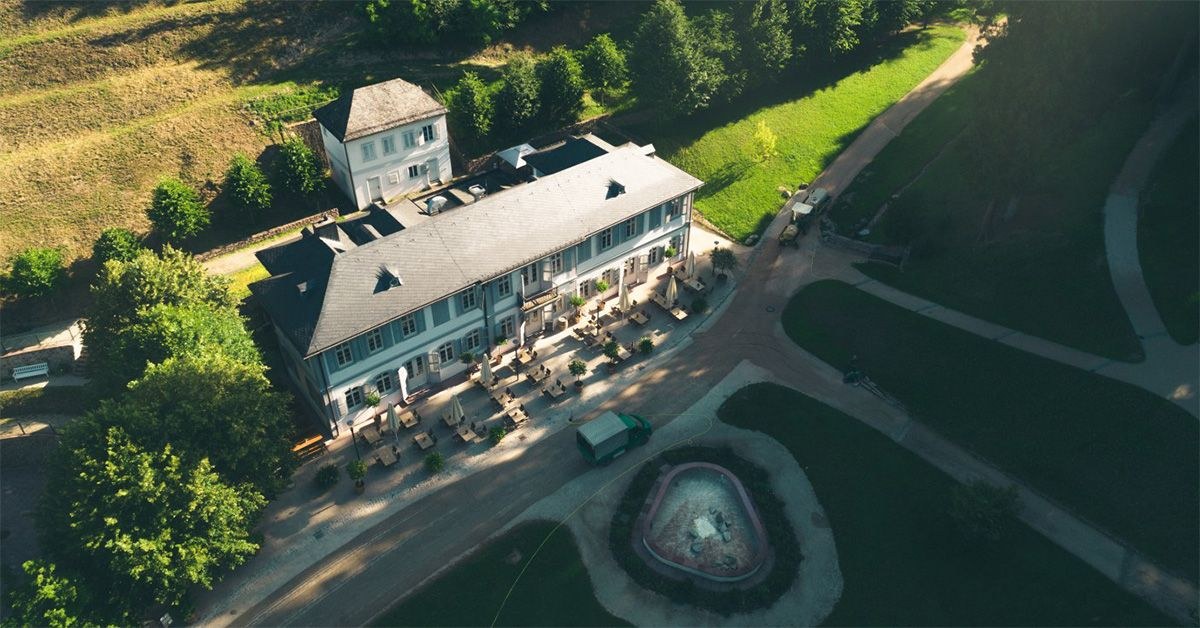 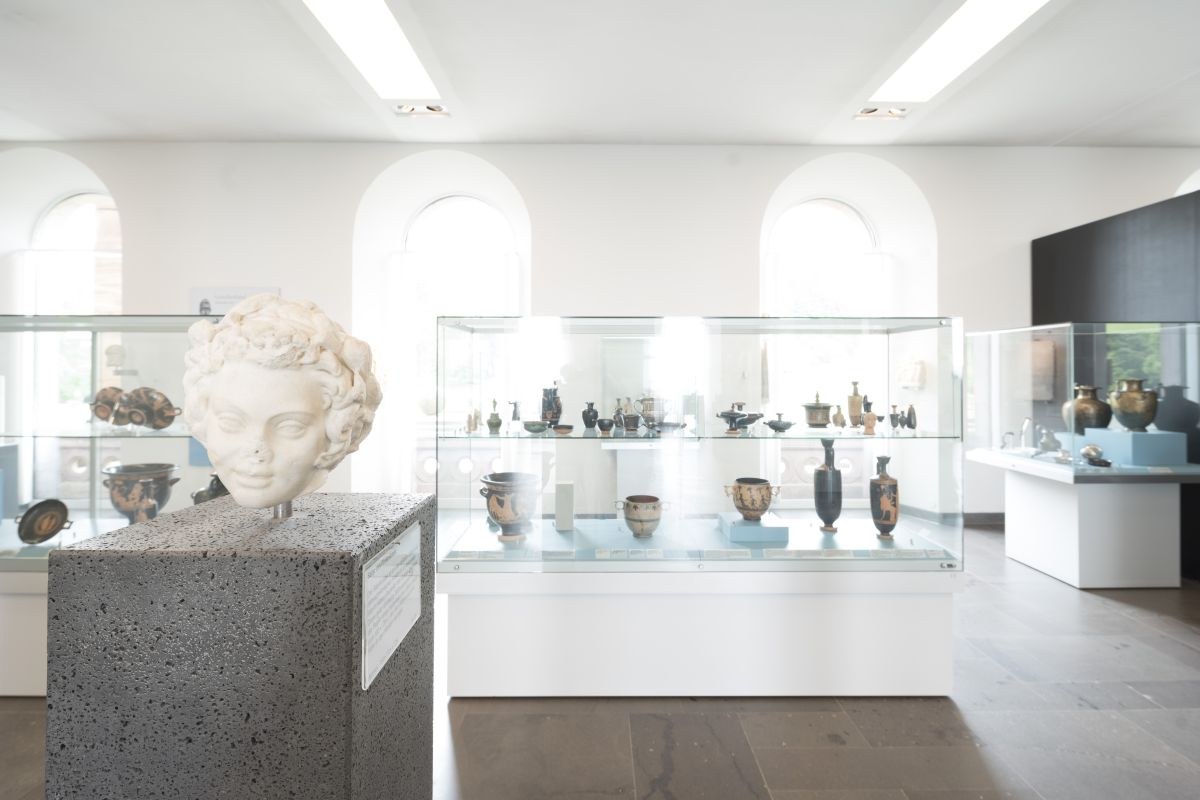 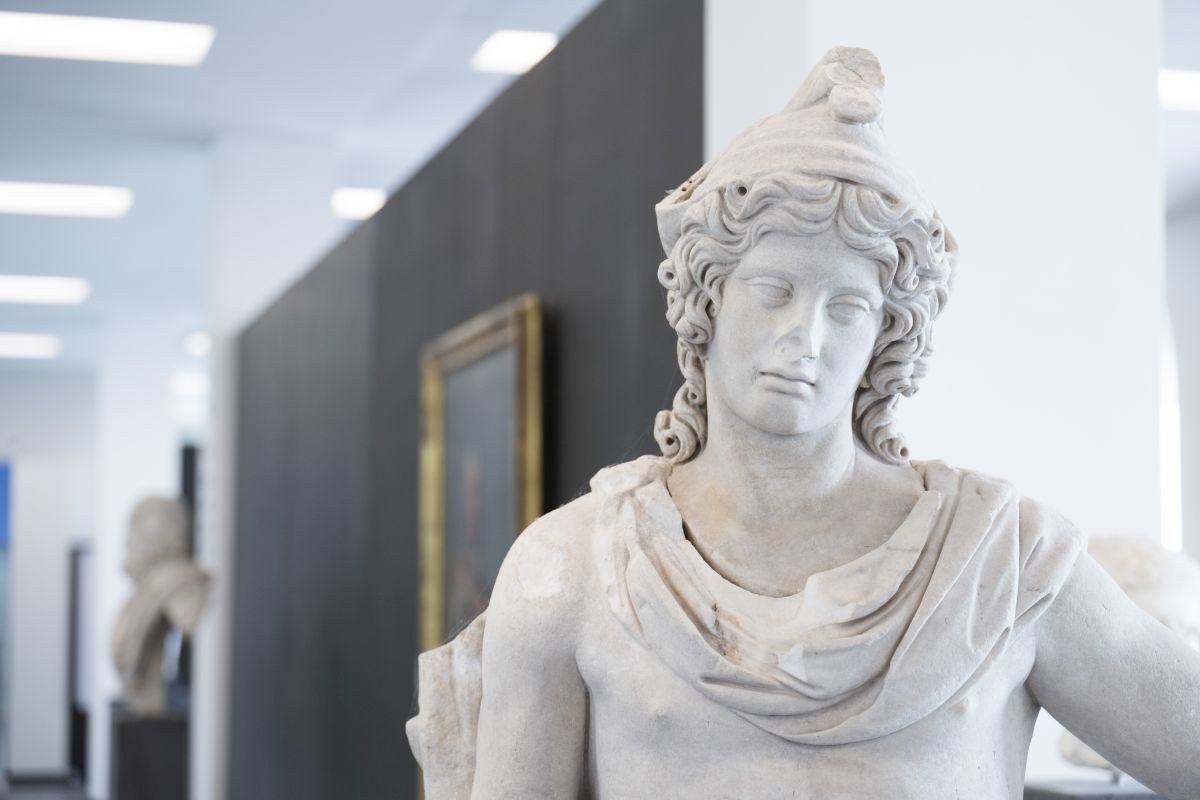 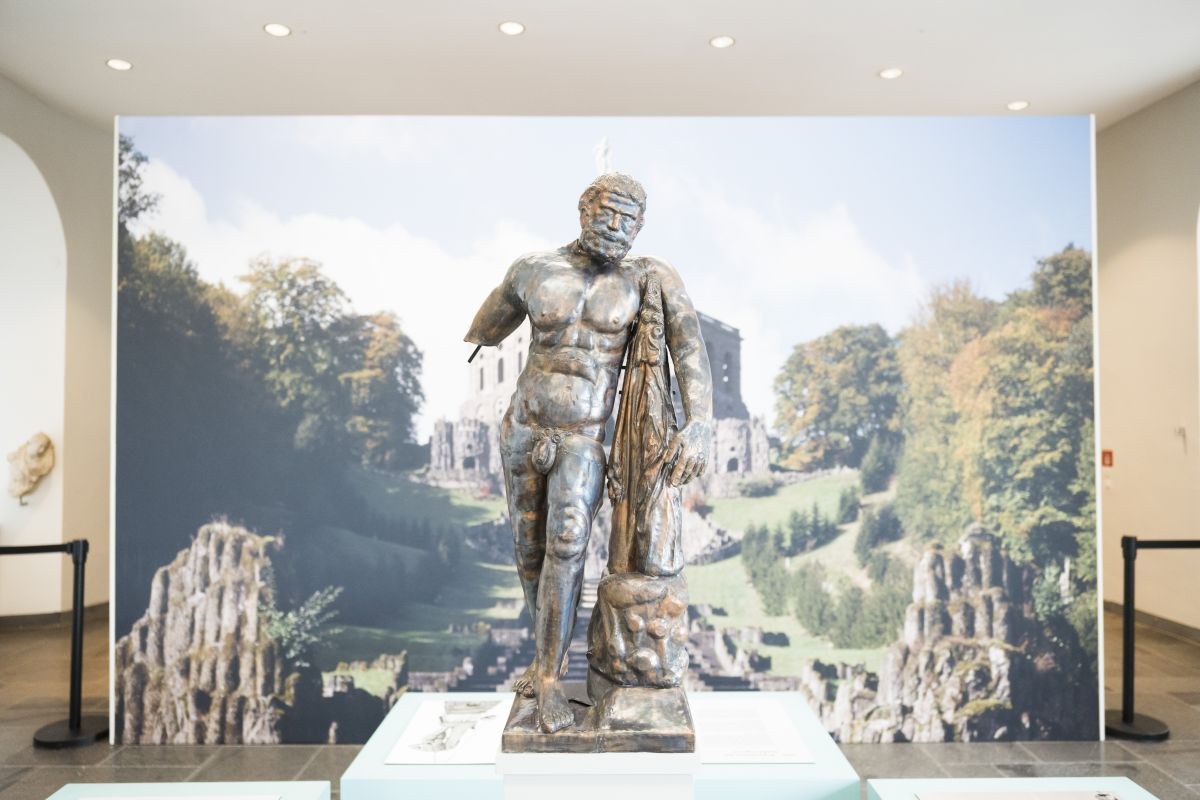 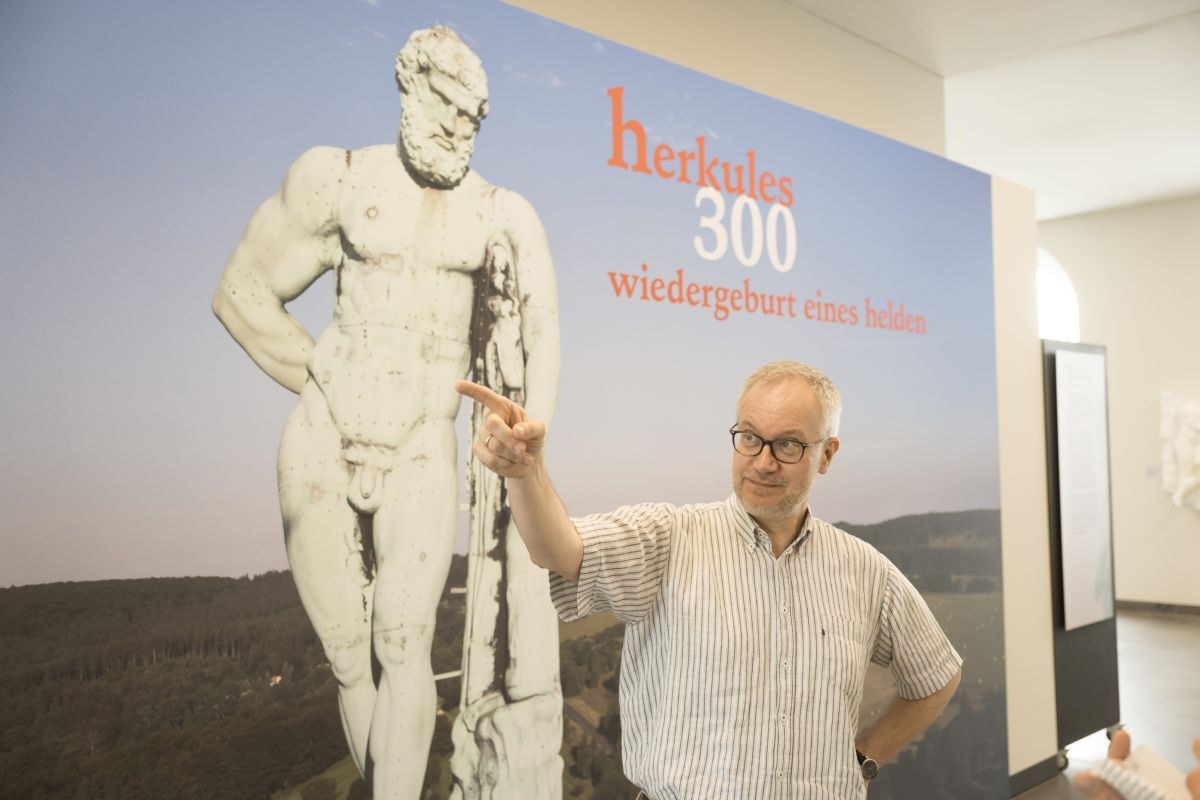 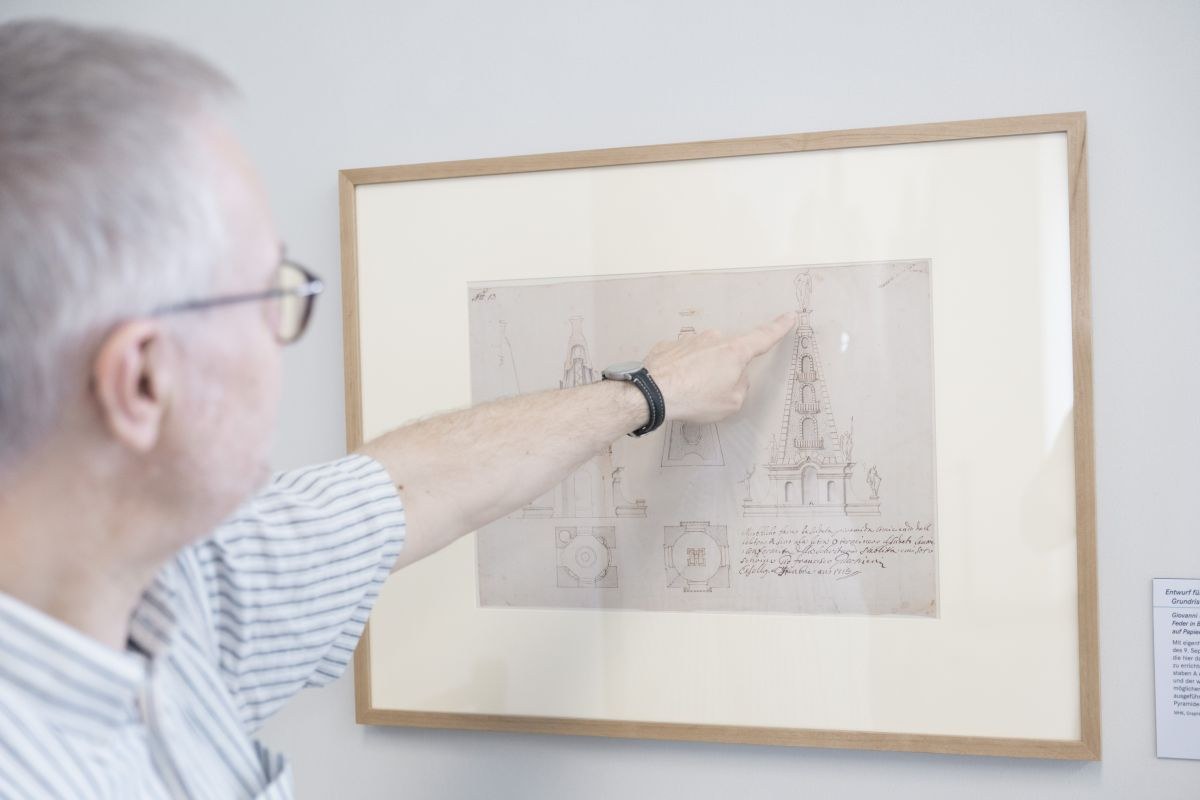